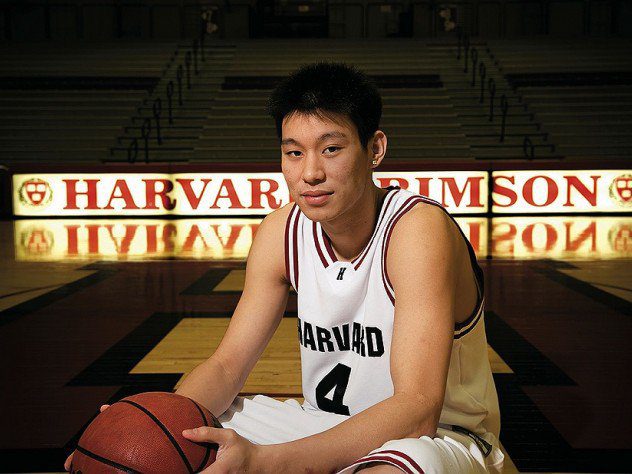 Brooklyn Nets guard Jeremy Lin became one of the NBA’s most popular players in 2012 after he averaged 20.9 points and 8.4 assists per game in a 13-game stretch as an unsung hero for the New York Knicks. His jersey was the top seller over Kobe Bryant for a good amount of the 2012 season and he garners a large Asian-American following as one of less than five current players of Asian descent (Los Angeles Lakers guard Jordan Clarkson and Minnesota Timberwolves forward Omri Casspi).

With the small Asian-American population in the sport, Lin’s teammate Randy Foye asked him if he’s ever experienced racism during games.

“The NBA crowd is much better than the college crowd, dude. Like the college crowd, some of the stuff they say is crazy,” Lin said on Foye’s podcast “Outside Shot w/Randy Foye.” “They’re all students and they’re all drunk.They were saying all types of stuff … I was at Yale and they were like, ‘Hey! Can you even see the scoreboard with those eyes?’ Or like in Vermont, I had my hands up while the other player was shooting free throws and their coach was like, ‘Hey, ref! You can’t let that Oriental do that!’ ”

Yale and Vermont are two of the top schools in the country. Yale’s obviously a part of the Ivy League and Vermont is known as a “Public Ivy League” university. However, Lin said his worst experience wasn’t even one of the aforementioned games.

“The worst was at Cornell when I was getting called a ch–k. That’s when it happened,” Lin said in regards to his lowest moment dealing with racism. “That game, I ended up playing terribly. I ended up getting a couple charges and just doing real out of character stuff. My teammate went and told my coaches like, ‘They were calling Jeremy a ch–k the whole first half.’ And I didn’t say anything because when that stuff happens I just bottle up and go into turtle mode and I don’t say anything. I just internalize everything.”

Lin said his Harvard assistant coach Kenny Blakeney pulled him to the side at halftime and told him about his experiences of racism on the road while he was playing at Duke. Blakeney advised Lin to turn the negative energy toward him into positive energy.

“That was the last time I ever let racism affect me that much,” Lin said after his discussion with  Blakeney.

A couple of weeks after MLB star Adam Jones said he was the victim of racial slurs in Boston and a few days after Charles Barkley’s “American Race” premiered, the conversation has grown once again in sports. Jones’ and Lin’s situations prove that racism and prejudice aren’t just an issue in the South or even an issue with uneducated people. It’s an issue across America.