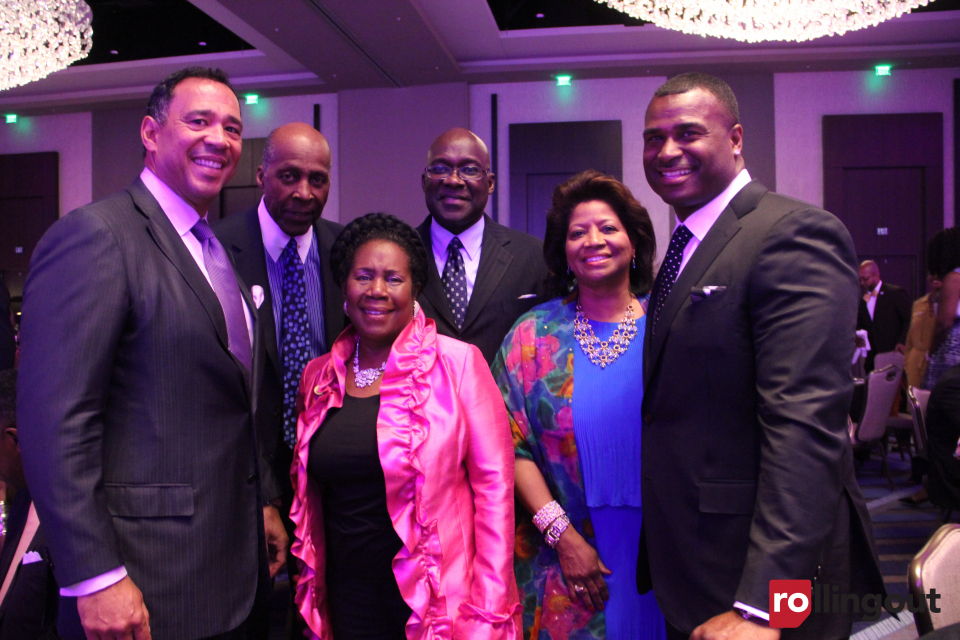 Vernon Jordan and Hank Aaron are trailblazers who have always worked diligently for the rights of Black Americans. During the 2017 Black Enterprise Entrepreneurs Summit, both icons were honored at the annual BE 100 Gala.

Aaron received the A.G. Gaston Award. He spoke about his relationship with Gaston. “One day I was having breakfast at Gaston’s hotel and he was speaking with two other Civil Rights leaders,” he said. “They were discussing what it would take in order for Black folks to keep moving in the right direction. I heard him say one thing that always stuck with me. He said, ‘most of us do not appreciate our Black women. Black women are the ones who make things go.’ I often think about my wife and what we have done to give back. We have over 15 kids who are currently on scholarship. And that comes from being mentored by Gaston. If you got a chance to know him, you got a chance to meet a good guy.”