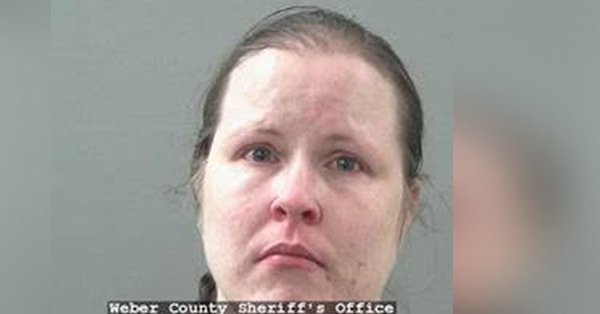 A woman in Utah has been arrested for committing alleged child abuse after witnesses reported to police that she locked her two kids in her car’s trunk at a Walmart parking lot to go shopping.

Eyewitnesses told officers that the woman locked her two children, 2 and 5, in the trunk of her car before going to the local Walmart to shop. The witnesses said they heard the kids scratching and making other noises inside the car. Witnesses said they guided the kids to reach for an emergency latch to free themselves.

Police: Utah woman locked her kids in trunk while she shopped https://t.co/c3hKBRu7M4

The police were called to the scene and arrested the careless woman on her return to the parking lot. She remains in custody while her children have been taken away by social workers and handed over to a responsible party.
The reasons behind the woman’s actions remained unknown.

The bizarre incident with a fortunate ending stands out among many similar cases where parents often “forget” their children and lock them inside their cars, but never deliberately put them in the trunk.

Besides being a criminal offense in some states, locking children in cars is potentially fatal, as they can suffocate or die of heat stroke if the vehicle is left in the sun.

Metro Atlanta residents saw this tragedy play out when a father, Justin Ross Harris, was sentenced to life in prison without the possibility of parole after deliberately locking his 22-month-old son, Cooper, in the family SUV while he worked all day. Cooper Harris died quickly in the 95-degree summer heat (which rose to well over 100 degrees in the locked vehicle). The small boy’s decomposing body was “discovered” by the father as he was driving home. The stench was so bad inside the car that it nearly caused the responding officer to regurgitate.