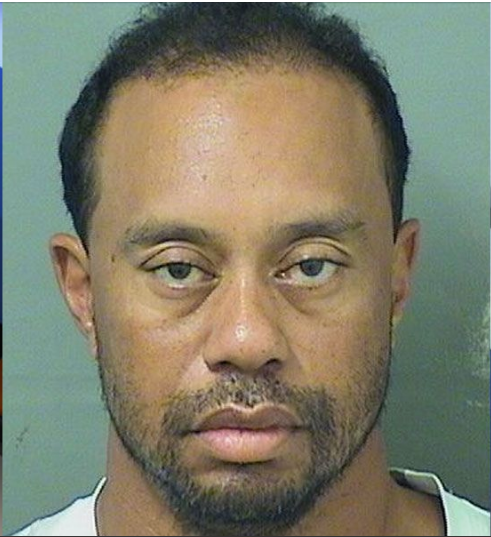 It takes a lot of nerve for someone like disgraced ex-NBA star Gilbert Arenas to blast Tiger Woods for his excuse as to why he was arrested for DUI.

Early Monday morning, Woods was stopped for erratic driving near his mansion in Jupiter, Florida, and was booked into the Palm Beach County Jail. He was released on his own recognizance and later that day explained that alcohol was not involved but that he was impacted by powerful prescription drugs.

Arenas said he does not believe Woods’ prescription pill DUI excuse, saying to TMZ Sports: “That’s the suckiest s— about being an athlete, you gotta lie.”

The former Washington Wizards basketball star was leaving Catch in West Hollywood when he said Woods should have said he was drunk in his statement … instead of blaming his condition on legal narcotics.

“Just say you got drunk, you got f—ed up like everyone else in America,” Arenas said.

Arenas said he doesn’t think the DUI charge will stay on his record.

“As long as no one died, he should be fine.”

That Arenas would speak out to criticize the behavior of anyone else takes a lot of audacity, but Arenas has never been known for his discretion — or common sense. He recently said publicly that dark-skinned Black women are not pretty, including Oscar-winner Lupita Nyong’o. And his never-ending scandals with former wife and ex-reality star Laura Govan have provided endless fodder for tabloids and blogs.

Arenas is also the man who was temporarily exiled from the NBA just when he was becoming one of the faces of the league and battling LeBron James for Eastern Conference supremacy. Arenas’ spectacular fall from graces stemmed from an $1,100 card game with teammate Javaris Crittenton on the team plane in 2009. The game ended badly and Arenas threatened to bring guns to the locker room the next practice.

Arenas and Crittenton both brought firearms to the locker room in December 2009 and Arenas demanded jokingly that Crittenton pick one of his four handguns to be shot with. According to then-teammate Caron Butler, Crittenton shocked Arenas when he swung around from his own locker with his own handgun. It was already loaded when Crittenton raised it and pointed it at Arenas and cocked it back. The laughter from teammates suddenly halted. Everyone ran out of the locker room in shock. Butler said Arenas had gone silent with a loaded gun in his face and realized that he took his sick joke too far – much too far – and it nearly cost Arenas his life.

Arenas was suspended for the rest of the year. Although he was eventually reinstated into the league, he was just a shell of himself and was out of the league a few years later. But Arenas probably thanks Butler for possibly saving his life. Butler talked Crittenton down from nearly shooting Arenas. Crittenton, who never played in the league again, was later sentenced to 23 years in prison for the shooting death of a single mother in Atlanta. He was trying to shoot a man whom he believes robbed him the previous day, but he missed, striking the woman with a mortal shot in the back.