Prison Break: Lanre Onigbinde-Bey on bonding with his daughter through letters

Prison B.R.E.A.K. is an acronym for Building Relationships Empowerment and Knowledge.
Strawberry Letter 27

One of the many challenges for men in prison is having a safe space where self-expression can be met with positivity, constructive input and respect. It’s a hard place often filled with hypermasculinity acted out by the inmates housed there and the correctional officers tasked with keeping the order. There is so much taken for granted where freedom is involved — the natural inclination and benefit(s) of hugging, picking up the phone at 3 in the morning just to say “I love you,” giving and receiving kisses.

What I discovered readily though, was that like minds and souls gravitate toward one another, naturally. It is not anything that has to be thought about, it is a thing that happens as if it were universally ordained. I liken it to reconnecting with your tribe, your spirit family. So while I was there, and even now that I am living on the other side of those constricting walls, I tend to engage those brothers to whom I can relate, those whose circumstances are similar to my own.

I find the establishment and maintenance of these relationships particularly important among convicted felons. Often, we are our own support system, and understandably so. People on the outside cannot fathom what it’s like on the inside, nor the long-term effects that it has on the body temple. Television does not even begin to scratch the surface, no matter how much research the show’s writers have done. Entertainment will never tell the entire truth of a thing. 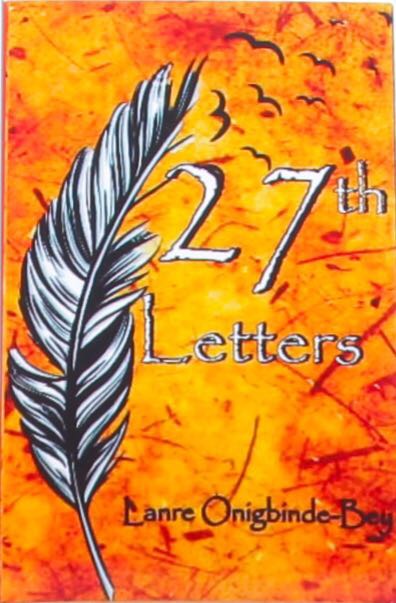 I have met some amazingly bright individuals along my journey, many of whom have donned an institutional uniform and had a series of numbers trail their surname. Lanre Onigbinde-Bey is one of these people —brilliant, compassionate, introspective, father, one-time felon.

His story is strikingly similar to my own. He has a daughter whose birth sparked a colossal shift in focus as it pertained to family. He became separated from his daughter, who at the time was very young, partly because of lack of communication with her mother and mostly due to time spent in prison. And to a large degree, he had to support his entire family.

For me, the disconnect between my daughter and I was one of the most difficult challenges I’ve ever endured. Fortunately, during my incarceration, I had a small number of confidants in whom I could, and would regularly confide. I often spoke with them about the gripping vice around my heart that was the separation between me and my baby. Lanre was fortunate too in that regard.

Onigbinde-Bey, like many others in prison, had a number of circumstances that were seemingly designed to break him, except they didn’t. They actually did the opposite. They enriched him, motivated him and propelled him toward a most unexpected life plateau.

How long were you incarcerated?
Seven and a half years.

What was the most difficult thing about your incarceration?
The ripple effect it had on my family. Specifically, my mother was ill, I was her sole caregiver. Once I became incarcerated she became homeless. My daughter was only 1 1/2. It’s hard trying to raise a child in this world as it is but trying to do it while in prison is even harder. I wasn’t able to have access to her like I wanted to. There would be months when I would hear nothing from her. There was a period when I went five years without even seeing her. That took a toll on me.

How did you reconcile not being able to see or hear from your daughter regularly while you were away?
By talking, and writing. I was sharing my frustrations with a friend (who was also incarcerated) about what was happening. He suggested that I start writing. He encouraged me to start writing letters to my daughter. I almost dismissed the idea. At that time she was 3 years old, I didn’t have a good relationship with her mom. I was thinking that someone would have to read the letters to her and I wasn’t sure her mom would be up for that. But I did it anyways. I wrote the first letter Dec. 27, 2005, and in it, I talked about the day she was born. So every month after that on the 27th I kept writing her letters. At the time I was serving a life sentence so I had to figure out a way for my daughter to know me, to pass on some of the good I’ve learned in life. I didn’t know what the future held for me but I wanted to be as objective as I could as a parent while I was incarcerated.

What is the relationship with your daughter like now?
It’s still growing because we spent so much time away from each other. I have no complaints, all is well. She’s 16 now and I just helped her launch her own business. It’s not the typical father-daughter relationship because of what we’ve been through. But it’s good. I’m grateful for what we have.

Have you talked about your incarceration with your daughter?
Not specifically. When I came out she was 9- or 10-years-old. We never really got into a discussion about those times. But her mother did share a story with me about how when my daughter was maybe 6 and the ice cream truck came through the neighborhood. All the other children in the neighborhood were playing outside and their dads came out and bought them ice cream. And her mother said that my daughter turned to her and looked as if to say, “where’s my dad.” So those kinds of stories told me the impact that my absence had on her life. They day I heard that particular story, it was hard for me to sleep. It’s the reason why those letters [I wrote to her] were that much more important because I got to tell her how much I love her and how much she was on my mind.

Did you have a support system that you had access to while you were inside?
Over time, you get to develop a rapport with certain individuals. One of whom encouraged me to write those letters. There were other programs that kind of helped me deal with being away from my child. There was a program called The Children’s Reading Program, which allowed inmates to send a child a voice recorded [bedtime] story and they sent it to your child along with the book so they could read along and hear your voice as well.

Do you have any advice to give a young man in a similar situation?
Perseverance and positive thinking. Perspective is God. Stay busy, read as much as you can. Write, pick up a trade. Be responsible [for] accepting your mistakes and correct yourself.

Lanre Onigbinde-Bey currently resides in Scarborough, Ontario. He has written a book for his daughter, Tatiana, entitled 27th Letters which is available for purchase at www.amazon.com and www.createspace.com. For more information about the author please visit www.27thletters.com, www.facebook.com/lanre.onBey, and www.twitter.com/lanreobey .

Dave Bishop is the founder of the nonprofit organization, K.I.T.E. Inc., Konnecting the Incarcerated Through Excellence.The mission of the organization is to provide mentoring and support to children, younger than 18 years of age, who live in urban,underrepresentedd areas, and have at least one incarcerated parent. K.I.T.E. facilitates programs dedicated to providing financial assistance, emotional and crisis counseling, and educational and life skills training.