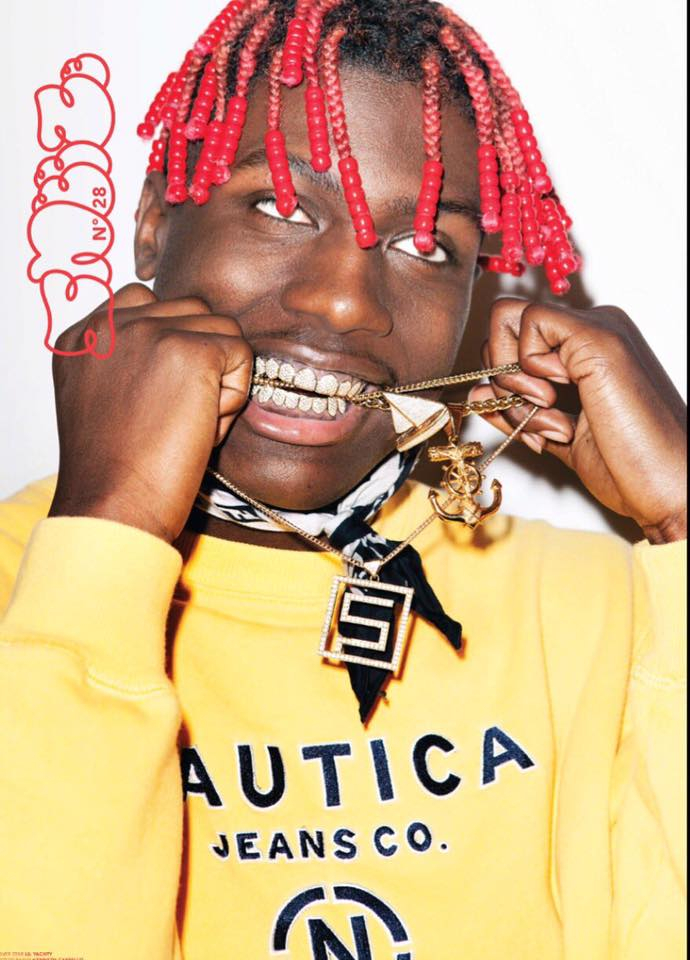 It’s fair to say that for the past year all eyes have been on Lil Yachty.Two well-received mixtapes in 2016, a two-minute marathon of a Super Bowl ad, chart-climbing radio success with emerging rapper Kyle, modeling contracts with Nautica and UrbanOutfitters, a Sprite commercial with LeBron James, a verse on an infectiously happy song about a vegetable, yes, all of this and more happened in one year for an 18-year-old from the suburbs of Atlanta. None of these milestones were particularly huge, nor did they launch the unassuming Miles McCollum into superstardom, but all these happenings have been notable enough to keep his name firmly planted in our minds for the past year — the signature red braids and unique name have been a huge help, too.

Teenage Emotions is Lil Yachty’s first official major label release. But really, it’s not just his album — Teenage Emotions belongs to a lot of different people. The album almost has the semblance and environment of an elementary school teeming with young kids, and not just because Boat’s been known to sample sounds from Nintendo games and Pixar movies, but because it becomes quickly evident that the album is a result of consistent guidance (or coddling, more likely) from experienced, seasoned outsiders, all the while keeping Yachty at front and center. All across the album are the fingerprints of several up-and-coming producers, as well as older, wiser ones who know the recording process much better than he does.

However, all the behind-the-scenes effort by people other than Lil Yachty isn’t for their individual benefit; it’s all for the central benefit of the project. There are over 20 different people who received either writing or production credits on this album, and more or less, these are the people who should be acknowledged for creating the sounds of Teenage Emotions, since Yachty lacks the capacity to do it himself. That’s not supposed to be a slight to Lil Yachty though — success isn’t about doing everything yourself, it’s about surrounding yourself with the infrastructure to allow yourself to be successful. And to that end, Teenage Emotions represents a success for Yachty. Definitely not one of the year’s greatest projects, nor a profoundly cerebral work of art, but a success nonetheless.

As cliché as it sounds, the times on the album when Lil Yachty shines brightest are when he stays true to himself. Take “Like a Star,” the album’s opener, for example. The dinky production and off-kilter narration will for sure draw a chuckle and a smile out of any listener, and going on to hear a line like “I done did a lot this year/ Made a lot of friends, some came, some go/ And I still never took a sip of beer” uttered with such innocuous honesty only serves as another reason to cheer on Lil Yachty and his devotion to whatever it is that he stands for. He’s young, friendly and candid. What a guy.

The only person on Earth right now who describes their music as “bubblegum trap” is Lil Yachty, and when he owns it and stays in that lane, he really is a star. The sub-subgenre’s appeal is that it eschews a certain obliviousness that could drive anyone to smile and dance for at least a couple minutes, and songs like “Harley,” and “All Around Me” fit into that category perfectly. Meanwhile, “Better,” featuring Stefflon Don, and “Forever Young,” produced by Grammy-winning Diplo, stand out as Teenage Emotions’ best songs, mixing Lil Yachty’s familiar antics with accompanying beats that come as pleasant surprises — tropical swing and fast-paced pop/EDM, respectively — and the results are pretty great. Ultimately, the better songs on Teenage Emotions do a good job of drawing out a figurative “awwww” from listeners that place the songs outside of the overly critical reach of listeners like myself; the notion, essentially, that the songs and the ideas behind them are innocent and earnest enough, so they ought to be left alone and simply enjoyed at face value.

The missteps occur when Boat steps out of the happy-go-lucky mantra of Teenage Emotions and tries to go anywhere else. Most often he tries to veer into the more mature, “real” trap territory occupied by his older, much sought-after contemporaries, but it never works. Whenever he puts up an attempt, like with “DN Freestyle,” “X Men,” or “Dirty Mouth,” they only serve to make his ill-contrived lyrics and severely subpar rapping much more obvious, and his lazy sing-song vocal cadence doesn’t do him any favors either. The album is also two or three songs too long, and if some of the filler, like “Moments in Time” and “Lady in Yellow,” were removed, then Teenage Emotions truly would be what Yachty intended it to be: a super fun, quick, concentrated mass of effortlessly enjoyable music. The musical equivalent of a Go-Gurt, if you will.

With the exception of all the enjoyable moments on the album, all of the songs that don’t quite add anything substantive to Teenage Emotions function as reminders that Yachty’s music is actually bad, but we give him a pass and turn a blind eye because he can pretty consistently keep us laughing and having a good time. Not to say that Teenage Emotions doesn’t deserve any praise though — his music capably fulfills the exact vision that he has carved out for it, which is a respectable accomplishment no matter how your music might sound. Ultimately though, whether or not one decides to listen to Teenage Emotions with the same critical ear they might give to other artists, it doesn’t actually matter – his shoddy lyricism and devotion to mindless fun always have and always will work in his favor. Yachty’s always been much more concerned with the image and aura that he delivers as opposed to what’s going on with his musical endeavors; the erratic, one-of-a-kind personality is the real product — the music is just the box that it comes in. And thus far, the success and attention he’s garnered using this method have worked incredibly well in his favor too. After all, if you believe that all press is good press, then Yachty is a bona fide genius for not knowing what a cello is.