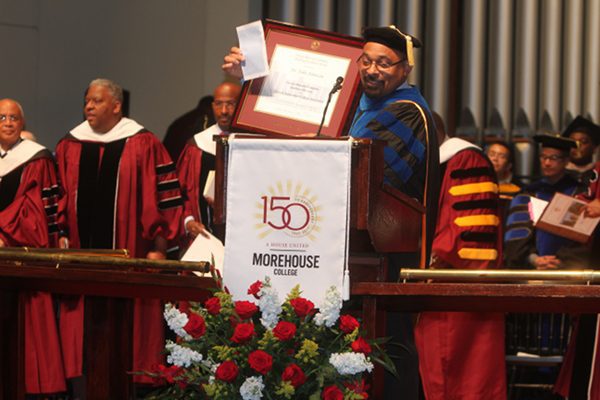 According to Hodge’s bio on Morehouse College’s website, morehouse.edu, Michael E. Hodge received his Ph.D. in sociology and his M.S. in psychology from the University of Florida. He has taught at the University of Georgia, University of Tennessee, and Georgia State University. He is currently Associate Provost for Research, Scholarship and Creative Production at Morehouse College and a research associate with the Research Center on Health Disparities. His areas of interest focus on racial and ethnic inequality, including health disparities as well as socioeconomic inequity. He is past-president of the Georgia Sociological Association and a Life-Time Member of the Association of Black Sociologists. In 2013, he was named the Georgia Sociologist of the Year by the Georgia Sociological Association. Hodge is married to Melody and they are blessed two children. They are long-time members of Saint Philip African Methodist Episcopal Church where Michael served as trustee, sings in the Mighty Male Chorus, and leads the Parking Lot Ministry. Michael and his family reside in a southern suburb of metropolitan Atlanta.