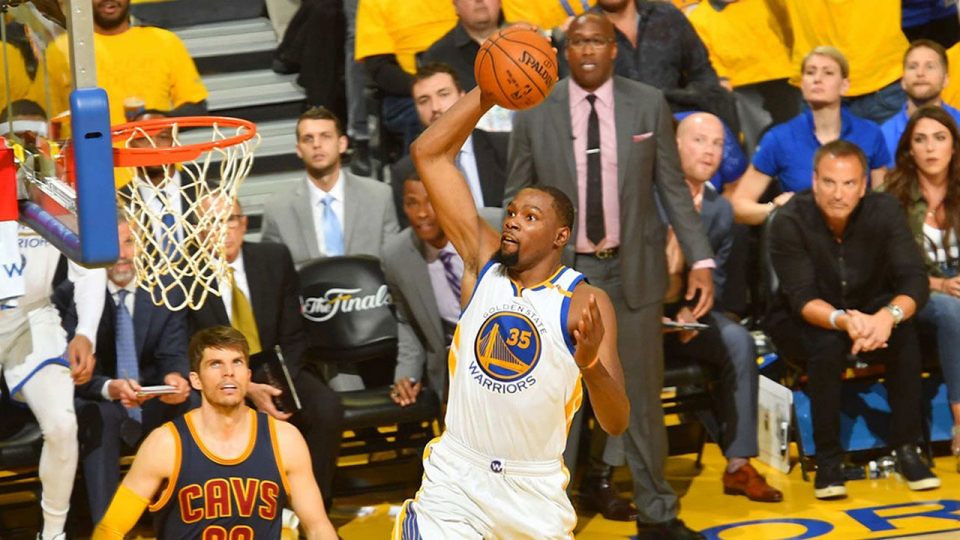 The Golden State Warriors are the 2017 NBA champions. It’s a headline that could’ve been written nearly a year ago when Kevin Durant jumped ship from the OKC Thunder to join the Warriors. Apparently, the Warriors’ consolation prize for winning 73 games and losing the 2016 NBA Finals to the Cavs was gaining another all-world basketball player. The moment the signing occurred, the only legitimate obstacle that stood in between the Warriors and the 2017 NBA championship was time. It was like watching a long movie and we all knew how it was going to end.

The Warriors are one of the best teams of all time, but they also represent a major issue of the NBA. It’s a league that has become similar to the American economy due to the fact that only the top 1 percent have a chance at winning. When focusing on America’s economy, the top 1 percent own 43 percent of all the nation’s wealth, according to a study by New York University. The top 1 percent automatically have better access to health care, education, and opportunities to increase their wealth. In turn, the bottom 90 percent of the nation has consistently lost money while the 1 percent have gained. As a result, it’s nearly impossible for lower-income Americans to crack the 1 percent when it comes to wealth.

In terms of the NBA, the middle and lower teams are in a similar position. Sure, the NBA Draft attempts to level the playing field by providing the worst teams with an opportunity to draft the best young players, but it takes an ingenious plan, the right circumstances, and luck to go from pitiful to great within a span of five to 10 years. It’s not happening for most teams in the NBA.

At the beginning of 2016-17 season, the entire nation knew that only three teams (GSW, Cavs, and Spurs) had a legitimate shot at winning the title. The other 27 teams were just fodder for the top three. Unlike the NBA, teams in the NFL actually have a shot at going from mediocre to the Super Bowl in a span of one year. At the beginning of the 2016 season, the Atlanta Falcons had 80-to-1 odds of reaching the Super Bowl. Although the Falcons eventually lost to the Patriots in the big game, there is not an NBA team that could have such poor odds and still make it to the NBA Finals.

But the biggest problem with the NBA isn’t that Kevin Durant fast-tracked his way to an NBA title by joining a loaded Warriors team. The NBA suffers from having a flawed product. There just aren’t as many good players to field a competitive league. There are only about 10 elite players in the NBA. And if a team can’t get a combination of two or three of those players, they don’t have a chance.

To enhance its product, the NBA should contract to 24 or 22 teams so that the talent can be more evenly distributed. They should also do away with separating the Eastern and Western Conferences in the playoffs. They allow the top 16 teams to compete in the playoffs and rank them by their regular season record, a la WNBA. Who wouldn’t want to see Russell Westbrook versus John Wall in the playoffs?

The NBA is in need of change so that fans can’t easily predict the ending of every season. But it’s highly likely that we will see GSW vs. Cavs part four in the 2018 NBA Finals. There are already rumors circulating that Paul George could possibly join LeBron James and the Cavs next year. The rich will continue to get richer.