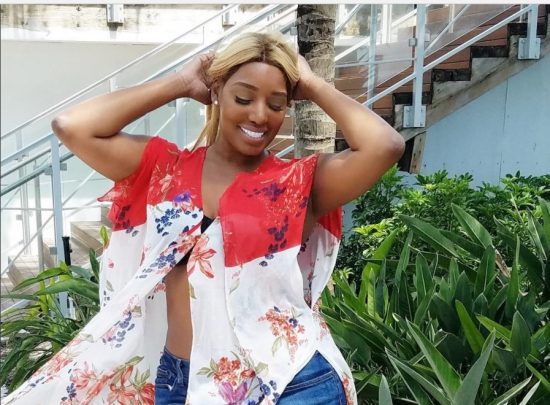 NeNe Leakes is returning to the “Real Housewives of Atlanta.”

Best known for her larger-than-life attitude, the 49-year-old reality star used Instagram to announce her plan to reclaim her throne.

It's been a long process but we've finally reached an agreement! All Hail the Queen for season 10 of #RHOA @bravotv #thethreatisback

“I don’t think I go anywhere and don’t get asked the question, ‘When are you coming back to Housewives?’ Or I get fans coming up to me saying, ‘I really miss seeing you on the show.’ I’m told this daily. My fans have supported me all these years, and it started to feel like I was disappointing them,” Leakes told The Daily Dish in an official statement. “There were so many bloggers and people saying she’s returning, she’s getting this, or she’s getting that! I just want to be the person to finally say to my fans who have supported me for so many years … I’m back and ready for season 10. Let the shade begin, hunni!”

Got my eyes closed thinking bout how imma get you bitches together! Let's go #RHOA #thethreatisback #Queen #eatmypeach

Although the reality TV OG cut ties with the franchise after season seven, she has returned for occasional episodes in recent years. Then, earlier this year, rumors surfaced [again] that she’d be returning to RHOA, for good, when her former co-star, Cynthia Bailey, revealed it was “a possibility.”

“I have heard that is a possibility,” Bailey shared with ET. “I think she would be a great asset to come back to the show. I mean, when you think of ‘Real Housewives of Atlanta,’ like, you think of NeNe, you know?”

It’s unclear whether Leakes will be returning as a full-time cast member, friend of the “Housewives,” or guest in season 10. One thing’s for sure, we can always count on her to weigh in on the drama between cast members.

Filming for “RHOA” season 10, is expected to begin any day now. While no further cast info has been announced, Kandi Burruss, Porsha Williams, Kenya Moore, Cynthia Bailey and Shereé Whitfield are all expected to return — while Phaedra Parks will not.

What are your thoughts on Leakes’ anticipated return? Sound off in the comment section below.