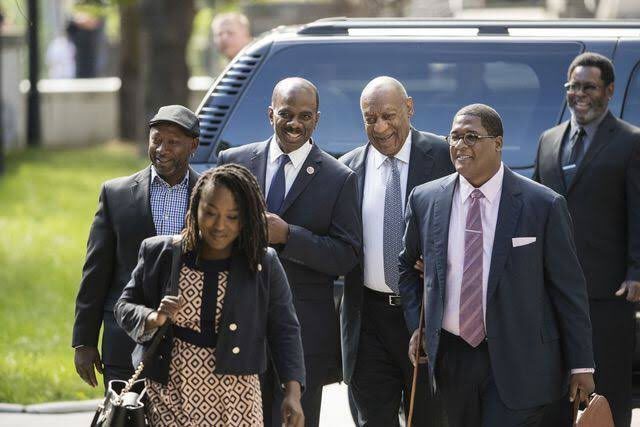 Celebrities are reacting to the news of Bill Cosby’s sexual assault mistrial.

As previously reported, on Saturday, June 17, after deliberating for more than 50-hours, jurors informed Montgomery County Judge Steven T. O’Neill, that they were “hopelessly deadlocked” and unable to reach a verdict on the charges of aggravated indecent assault Cosby faced.

And while Montgomery County District Attorney Kevin Steele vowed to retry the famous comedian, Hollywood is up in arms over what some called a flawed justice system.

One of the first celebs to sound off on the mistrial, was actress Lena Dunham, tweeting:

Bill Cosby’s trial is about much more than Bill Cosby. When women see justice served, their own fear & trauma are eased. When they don’t …

Survivors of sexual assault have to watch every day as the legal system calls them liars and denies their truth. It is an unimaginable grind

My heart is with every survivor reliving the erasure of their own experience today. I see you. I love you.

But, the “Girls” actress, best known for her popular Lenny Letter, was not alone in her sentiments. For more reactions from stars like RuPaul, Don Cheadle, and more, hit the flip.