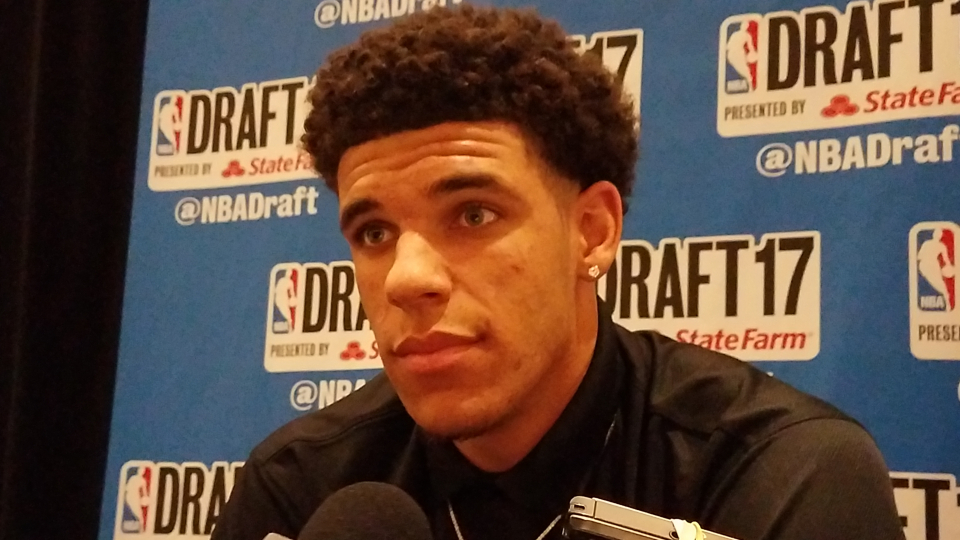 With Magic Johnson and the Los Angeles Lakers agreeing to trade D’Angelo Russell to the Brooklyn Nets earlier this week, there is no doubt that Lonzo Ball will be the second pick in the 2017 NBA Draft. But the cool, calm, and collected son of LaVar Ball doesn’t give any hints that he knows where he is going, despite the trade and virtually all mock drafts. In response to a question about being drafted by the purple and gold, Lonzo responded, “I can’t tell the future. I mean I don’t know where I’m going.”  And if the Lakers passed on him with the second pick? “That’s fine. Wherever I go that’s where I’m supposed to be,” Lonzo says.

But make no mistake, Lonzo is supposed to be a Laker. NBA Commissioner Adam Silver will announce Ball as the second pick in the 2017 NBA Draft. But the eight or nine figure question remains, will Lonzo lift the Lakers back to prominence?

With college averages of 14.6 points, 7.6 assists, and 6.0 rebounds on 55 percent shooting (41 percent from 3-point range) Lonzo was arguably the best point guard in college basketball. Those numbers compare very favorably to the freshman numbers of future NBA Hall of Famer Jason Kidd.  No question, Ball seems very capable of running an NBA offense.

At 6-foot-6, the Chino Hills native will have no problem seeing over NBA point guards and has the chance of being a very special offensive player. Lonzo Ball has a high ceiling because of his play-making ability and should be among the league leaders in assists as a rookie.

However, the face of Big Baller Brand isn’t a can’t-miss superstar. His awkward shooting form is a reason for concern. But if former Phoenix Suns player Shawn Marion could make four All-Star games with his horrific shooting form, Lonzo can certainly overcome his nontraditional style.

This writer’s biggest concern with Lonzo Ball lies on the defensive end of the floor. In his last collegiate game, Ball got cooked by fellow lottery prospect De’Aaron Fox for 39 points on a sizzling 65 percent from the field. If Ball struggled against a motivated Fox, how will he fare against defending MVP Stephen Curry, Russell Westbrook, John Wall or other top point guards?

While the attention LaVar Ball has garnered is mostly overblown, the one thing his braggadocio may create is a target on the back of Lonzo, something he accepts. “If that’s what they do, that’s on them. It don’t [sic] really affect me,” he says.

Despite these concerns, Ball will most likely grow into a superstar for the Los Angeles Lakers and lead the team back to the NBA Playoffs. More important, his flashy style and flair for the game should have fans packing Staples Center and reminiscing about the championship Magic Showtime Lakers. In Lonzo, the Lakers trust.