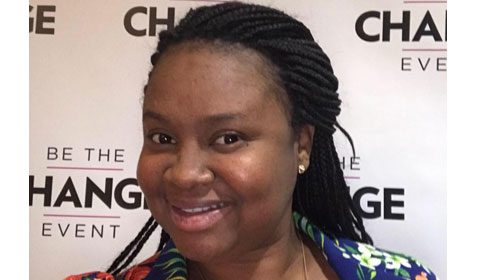 Makeva Jenkins, 33, was a formally homeless mother of three who had struggled over the past few years but had finally achieved financial stability. She was so in awe of her blessings that she posted the following to Facebook this past Wednesday:

“I’m in awe of how far I’ve come. This lady reached out to me about my business plans. We’ve been Facebook friends for years but the last time we spoke through private message was 8/2011. In this message, I was inquiring about Dave Ramsey’s Financial Peace University offered through her church. I couldn’t even afford $99 at that time. Fast forward to now: We overcame being homeless in 2013/2014 to reaching my six figure mark in 2015 to now making multi-six figures. No matter what the road looked like, I followed my heart and stuck with it growing my business. I’m saying this to say, anyone can do it. It takes determination and consistency”.-Makeva Jenkins June 28 at 11:24 pm ·

A few hours after telling of her incredible transformation to a six-figure income, the masked man ran into her home around 2 a.m. The intruder then held Jenkins and three other adults and her three children ages 1, 7 and 13 at gunpoint in the home. Jenkins pleaded with the gunman to please let her children go into another room separate from the adults, which he allowed. According to media outlet CBS 12 in Lakewood, Florida, the gunman told the three adults to lie on the floor, as they complied, he shot Jenkins in the head. The gunman then stole the family vehicle and fled the scene. According to police, the vehicle was found abandoned nearby and the suspect in the killing is now on the loose.

The Palm Beach Sheriff’s Office is investigating the crime scene and is trying to determine a motive for the killing. News of Jenkins’ death spread quickly on her Facebook page and the family posted the following message:

“Regretfully, the news reports are true. The family of Makeva Jenkins asks that their privacy be respected at this most trying time. All of your love, condolences, and well wishes are appreciated; however, please refrain from calling or texting concerning the events. Please keep the family in your prayers.”