Almost 3 1/2 years ago, Jesse Murray was with his ex-wife at a bar and restaurant in the city of Hapeville, Georgia. Throughout the evening they were being harassed by a group of four White men, who were part of a larger party. A drunken White male stumbled into Murray’s wife Traci and made no apology for his actions. It was at this point that Murray stood between his wife and the man and told him to get away from his wife. The drunken man, later identified as Nathaniel Adams, a former police officer, told Murray, “You need to f—ing leave” and four other White men began to surround Murray.

Murray decided he was going to leave and went to his car to get his gun before coming to get his wife out of the restaurant. He retrieved his weapon and tried to re-enter the restaurant and was blocked by four white men who told him his wife wasn’t going anywhere. Murray was then viciously attacked by one of the men and then the others joined in the fight. While being beaten, the gun in Murray’s pocket went off, killing Adams. A bloodied and bruised Murray ran from the group of men and was shot at by someone in the group, police eventually arrived to investigate the situation. It was then found out that Adams was a friend of the investigating officers and despite Murray being attacked, he was the only one arrested that evening.

That night gave a glimpse into justice in the state of Georgia. Murray found himself charged with malice murder in the first degree as well as aggravated assault facing 15 to 55 years in prison for the shooting death of Adams. A rational person would think that Murray was in fear of his life and had every right to use a gun that night. However, Clayton County Judge Albert R. Collier felt that Murray was not in fear for his life when he was attacked by a group of four men. The judge stated that “nor does it appear to this court that the other men in the vicinity were acting in such a way that would cause the defendant to reasonably believe that deadly force was necessary to prevent death or great bodily injury to himself or a third party.”

This strange logic put Murray in a legal life-or-death limbo but it all came to an end this week after 2 1/2 days of testimony in a packed Clayton County, Georgia courtroom. In a plea bargain, Murray was allowed to plead to lesser firearms charges and was sentenced to five years probation. His family and legal defense were elated at the outcome and happy that the community came out and supported Murray.

After the trial ended, Murray issued the following statement to rolling out:

“I am so thankful that this nightmare is over. With God, my family’s support, my amazing legal team, and the community support, my life has been saved. Attorneys Mawuli Davis and Miya Griggs fought so hard for me that I will be eternally grateful to them and the entire team. They all fought for my freedom. I chose to accept the probation because the charges of murder were dismissed and I could no longer have me or my family face the possibility of a life sentence. Even though I had the utmost confidence in my legal team, my experience through all of this has made it impossible for me to have faith in our legal system. However, I do hope the testimony in trial allowed for people, including the family of the deceased, to see what really happened and that I had no malice or ill will. While I deeply regret there was a loss of life, I believed then and still believe that my life was truly in danger. The activists from the Coalition for Justice and Police Accountability have not only been encouraging to my family throughout this ordeal they have also refused to let me just be forgotten and railroaded. It is my hope that some 3 and 1/2 years since that tragic night, I will now be able to rebuild my life and support my family and community. I believe I have to find ways to help in the struggle for equality and justice. I know in my heart my life was spared because I have a purpose.” 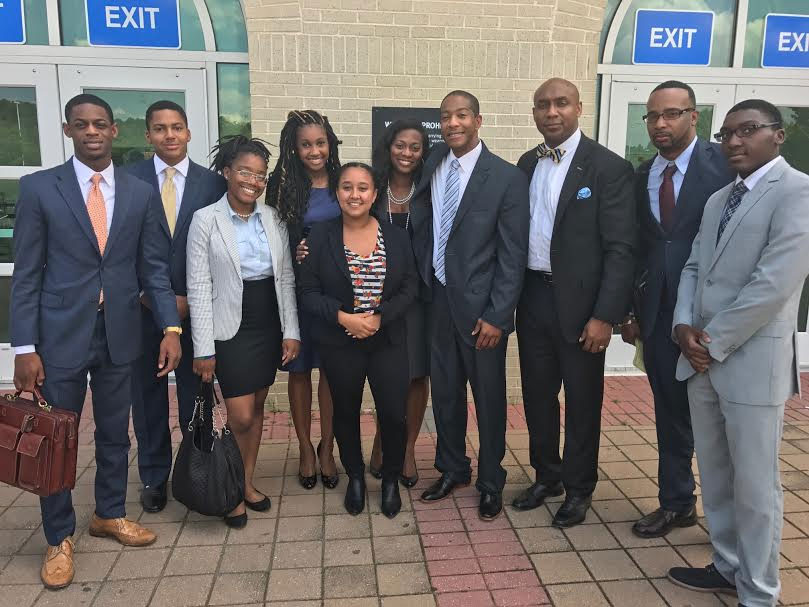 Murray was represented by a strong legal team that included attorneys Miya Griggs and Mawuli Davis of the Davis-Bozeman Law Firm. In addition, community support was organized by the Coalition for Justice and Police Accountability. Their spokeswoman Nia Walker stated, “This victory was a community victory. It is another case that adds to the proof that there is truly power in our number. The support that was received was tremendous. We are so happy that Jessie gets to be home with his family and we’re looking forward to working with other families who have been in the same position and are in need of the Coalition and community support.”