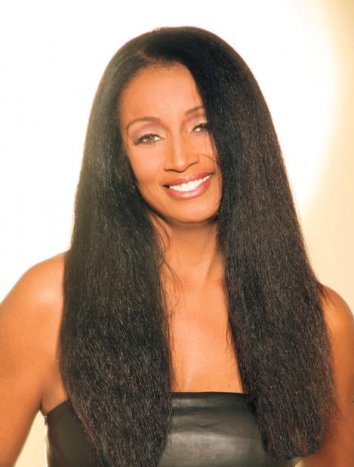 House music was born in Chicago and has traveled worldwide bringing peace and love with it everywhere it goes. There are many members of the genre who say they are pioneers in one form or another. Interestingly enough, many of these pioneers are male and the female representation is almost nil. We spoke with Toni Shelton who is one of the female pioneers of this genre. She has been active for over 30 years and shows no sign of stopping.

Talk about your history with house music.

I started going to the Warehouse to listen to Frankie Knuckles was I was 15 years old. I had to sneak in at the time, but I was there. If you caught the episode of TV One’s “Unsung” on house music, there was a still shot of 16-year-old me housing it up like there’s no tomorrow. Growing up without my parents since the age of 16, house music became my solace. I just love the sound, the beats, the feel. You really get lost in it. Back then, my favorite DJs were Andre and Tony Hatchet. Around 1981 is when I started throwing house music parties. I’ve literally thrown hundreds of parties since then. Lastly, can I just add that we’ve never used the term “house head”? That’s a new generation term.

What is it about house music that has created this long-lasting culture worldwide?

It’s all about freedom of dance. The camaraderie of it all. If you’ve ever been to an authentic house music party then you’ve seen it. The love of House literally brings people together from all over the world. That’s powerful. It’s not something you ever have to talk about or explain, you just dance.

Why was it important for you to acknowledge the women of the culture via the Queens of House event?

It was an ideal my co-creator, Tracey Waugh, and I sat down and discussed. We, the women, were always there. I was one of the only female house music promoters in the early ’80s. I was always there and I feel that sometimes people like to take all the credit when they didn’t do it alone. My Queens of House lineup consisting of Lori Branch, Celeste Alexander, and First Lady have been deejaying as long as I been giving house music parties. They are unquestionably some of the coldest female deejays around. Sometimes, us ladies don’t get our fair share so I wanna do all I can to change that. You can’t just sweep us under the rug. That just ain’t gonna happen!

Talk about why you do an all-white party every year?

I just love the color white. It’s probably my favorite color. It’s clean, pure, and everybody looks good in it. Plus I mean we all like to get fresh and clean, right? We all like to dress up and step out on the town. I think it’s really hard to “mess up” as far as dressing up in all white. The annual all-white party has been going strong for eight years now and I just love to do it. Once when I thought of maybe stopping I got so many people reaching out to me like “What’s up with the all-white party this year?” “We haven’t heard the details yet. What’s up with that?” and so on. It’s really become a thing and as long as I have the support of the people, I will keep keeping on.

What do you see for the future of house music?

I don’t think house music will die. It will keep going. I can totally see myself at 80 years old still “jacking” and keeping those bones limber. I think people will continue to pass it down to other generations. All the music forms can co-exist because they all give you something different. House makes you dance. People are not gonna stop dancing. I personally wanna travel across the country and experience house music scenes in other cities. Maybe get footage for a documentary somewhere down the line.