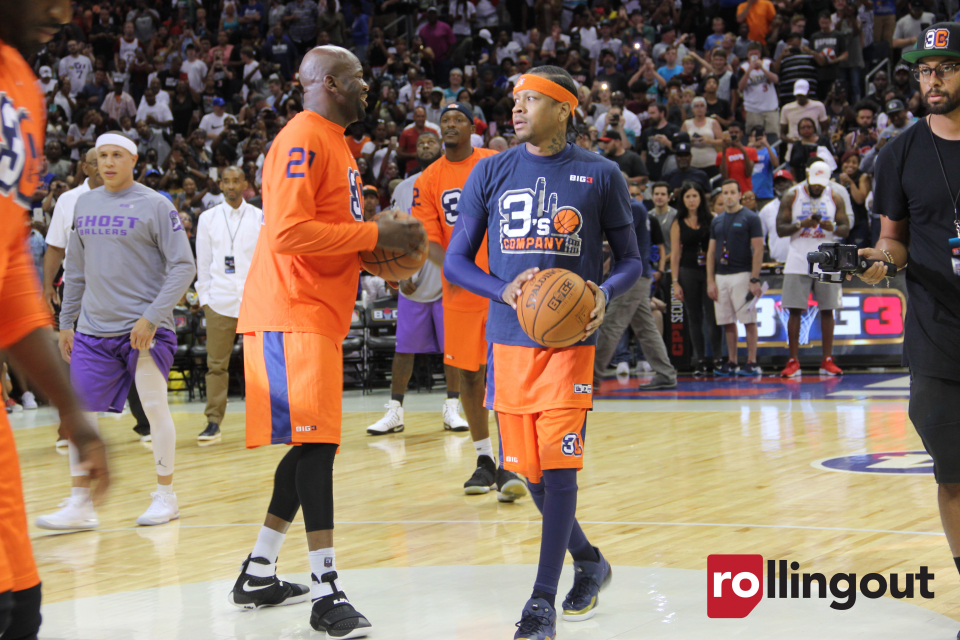 Here are five things rolling out took away from the week two experience.

The 42-year-old repeatedly emphasized in his post-game press conference that his body doesn’t recover the same way that it used to after a long career of hitting the court. Iverson struggled shooting from the field for the second week in a row and put himself in the game as a player-coach a limited amount of minutes as well.

With the scoring system and set up of the 3-on-3 league, it appears as if both teams are always in the game. With a 14-second shot clock, time serves as a fourth defender when a defense begins to turn up its intensity. Two-point free throws and the four-point shot can also come in handy in desperate times as well. Playing in a half court setting gets the trailing team to the basket sooner after recovering turnovers, which keeps the comeback momentum going too.

In Power’s post-game conference, the Hall of Famer and NBA champion highlighted the big three’s on the Lakers in the ’70s, the Sixers and Celtics in the ’80s.

“Every team had four or five great players,” Drexler said on the older eras of the NBA. “So that’s nothing new. It’s always been that way. The key is to get all of those good players on the same team, at the same time in their prime. That’s when you have a Super Team. That’s what the Warriors have done, that’s what other teams are trying to do now. That’s always been the challenge.”

With the league currently stacking superstars to beat the Cavaliers and Warriors, a little over a decade ago, the Detroit Pistons won the NBA championship. The Pistons beat a 2000s Super Team in the Los Angeles Lakers led by Shaquille O’Neal, Kobe Bryant, Gary Payton and Karl Malone. The Pistons had four All-Stars of their own with Richard Hamilton, Chauncey Billups, Ben Wallace, Rasheed Wallace and the fifth perennial All-Star snub Tayshaun Prince. All five players were decent, but Wallace was probably the closest to superstar quality as opposed to the four guys on the Lakers. The Pistons pushed through with great team defense and offensive unselfishness.

“We had guys that only cared about winning. Not stats, not highlights, not nothing,” Billups said in his postgame presser. “We cared about each other. It wasn’t only about who’s going to be in the all-star game or building your own personal brand. The game is just different. I think the game is in a good space right now, but there will never be another team like our team in ’04.”

Week two of this tournament proved that the debut was not a fluke and a lot of these guys can still play quality basketball. Cuttino Mobley, Al Harrington and Chauncey Billups are standouts from the retired bunch so far.