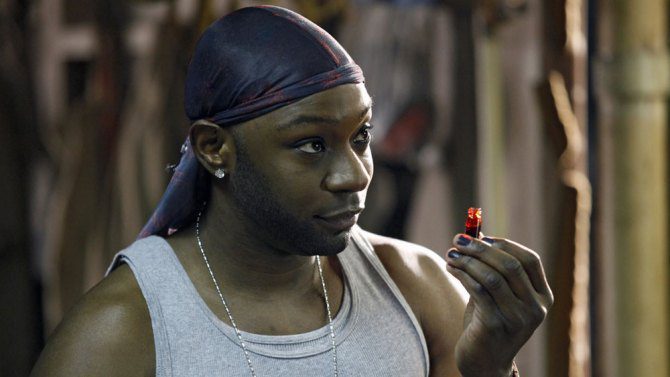 Hollywood is mourning the loss of actor Nelsan Ellis.

Best known for his breakout role as Lafayette on HBO’s “True Blood,” Ellis reportedly died after complications with heart failure. He was 39.

“We were extremely saddened to hear of the passing of Nelsan Ellis,” HBO said in a statement. “Nelsan was a longtime member of the HBO family whose groundbreaking portrayal of Lafayette will be remembered fondly within the overall legacy of ‘True Blood.’ Nelsan will be dearly missed by his fans and all of us at HBO.”

“Nelsan was a singular talent whose creativity never ceased to amaze me,” added “True Blood” creator, Alan Ball. “Working with him was a privilege.”

Just got word that we lost @nelsanellisofficial. My heart breaks for his kids and family. #RIPNelsanEllis. #brillIantactor #trueblood #getonup #thesoloist #thehelp. The first time I met him was on the set of the soloist and we were at rehearsal with a lot of the homeless cast members, and Nelsan was playing our counselor. He walked in wearing a pair of fitted camo cargo pants, a pristine white tshirt, a beret, and a denim jacket. Needless to say he was gorgeous, sexy. But his talent had me speechless. We became instant friends after that. He was sooooo funny. I miss him. #nelsanellis

Celebrating my brother @OfficialNelsan. 4Eva linked like Bobby Byrd and JB. We love u. We miss u. RIP. https://t.co/ksDIiMGBOZ pic.twitter.com/2HnFEKBBjh

Crushed today by the loss of my friend and castmate Nelsan Ellis. He was a wonderful person, a pioneer, and a one of a kind artist. RIP pic.twitter.com/fvtquhIac7

Heartbroken about @OfficialNelsan . Such a beautiful human being. Man….

So so sad to hear about the passing of such an an inspiring artist. Nelsan Ellis, your talent will be remembered for a long time. ?? pic.twitter.com/oJSz8RNiRe

Thank you Nelson Ellis (aka Lafayette) for the wonderful memories & portraying an amazing LGBT+ character on screen. You’ll be missed. pic.twitter.com/DL7WXREMOV

Outside of “True Blood,” Ellis appeared in The Soloist, The Help, Secretariat, and Lee Daniels’ The Butler, Get On Up and “Elementary.”

He is survived by his grandmother, Alex Brow; his father, Tommie Lee Thompson; and his son, Breon Ellis.