On Saturday, the actor/model was showered with love by his family, who marked the special occasion with a series of painfully adorable throwback photos.

Mother Jada Pinkett Smith kicked things off by sharing a photo from Jaden’s childhood. In the pic, the Karate Kid star appears to be rocking a flower costume, along with matching white kicks and a cap. Praising her son’s unique style, she called him her “treasure”: 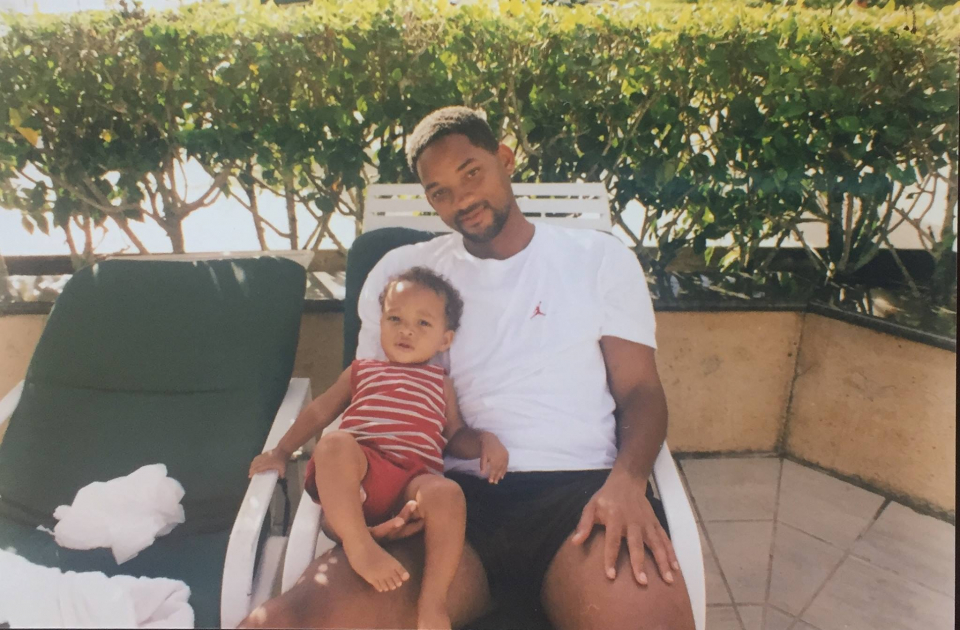 Of course, papa Will Smith followed shortly after, taking to Facebook with a cute birthday message of his own. “Happy Birthday, Jaden.19 today! I’ma have to sit on your lap from here on out,” he wrote, alongside an image featuring a young Jaden sitting on his father’s lap, solemnly staring into the camera lens.

Later on, sister Willow, 16, also threw her brother some love. “Happy Birthday Big-Bro,” she wrote via Instagram, alongside a throwback image of Jaden.

In case you missed it, on Friday, the rapper performed with his sister Willow ahead of his big day at the Sagebrush Catina, a Mexican bar and restaurant in Calabasas, California, “E! News” reported. Videos of Jaden performing shirtless with the audience joining in were posted on Instagram. Smith’s girlfriend Odessa Adlon was also spotted cheering in the crowd.

For his 18th birthday, Jaden released “LABOR V2,” a rap song with a jazzy backtrack to commemorate reaching adulthood.

While his Netflix series “The Get Down” was recently canceled, the star is staying busy filming a new movie, Life in a Year, alongside Cara Delevingne and Cuba Gooding, Jr. The film follows 17-year-old Daryn, who discovers that his girlfriend is dying, so he sets out to give her an entire life. It is slated for release in 2018.