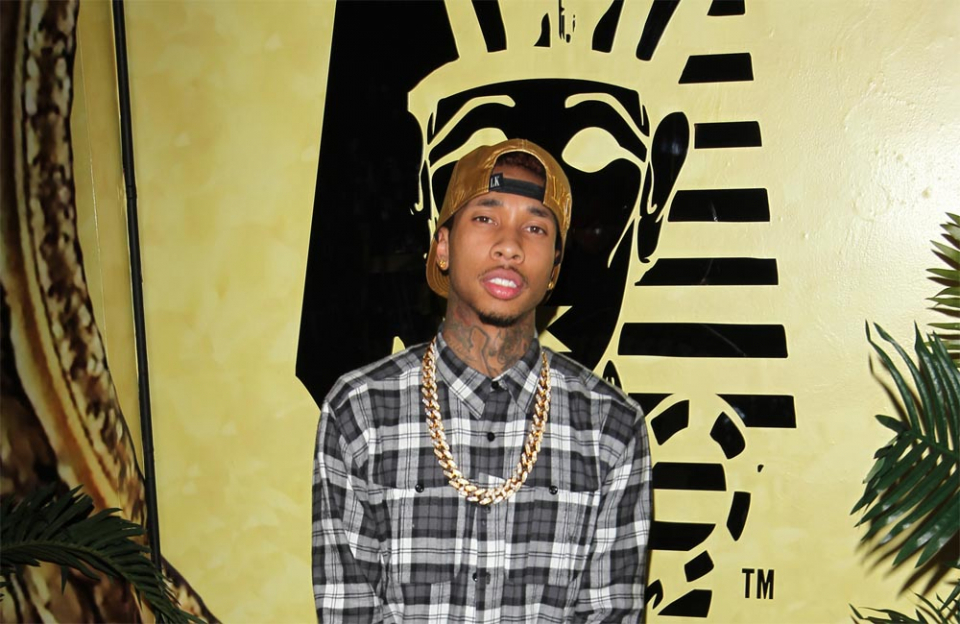 Tyga has reportedly gotten himself a new girlfriend.

The “Rack City” hitmaker sparked speculation he’s moved on from Kylie Jenner at Wireless Festival in Finsbury Park, North London, on Sunday, July 9, after he was spotted getting cozy with a busty blonde, who’s the “spitting image” of his ex-girlfriend, backstage during Ty Dolla $ign’s performance following his own set on the main stage earlier that day.

The identity of the mystery girl is not yet known but she appeared to be in her element as the 27-year-old rapper tickled her hand as they watched the gig.

The pair’s public display of affection came just hours after it was revealed that Travis Scott had asked to move his performance slot to the Saturday, July 8, so that his girlfriend Kylie, her sister Kendall and their friend Bella Hadid could see his set at the three-day music event without bumping into Tyga or Bella’s former partner The Weeknd.

Travis began dating the “Keeping Up With the Kardashians” star at the beginning of March, but they didn’t confirm their relationship until April when they were spotted getting cozy at Coachella Valley Music and Arts Festival in California.

The 19-year-old star split from Tyga following three years of on and off dating in April, and despite his efforts to try and win her back, she’s not interested and proved that by getting her “t” tattoo — a tribute to the rapper — covered up earlier this month.