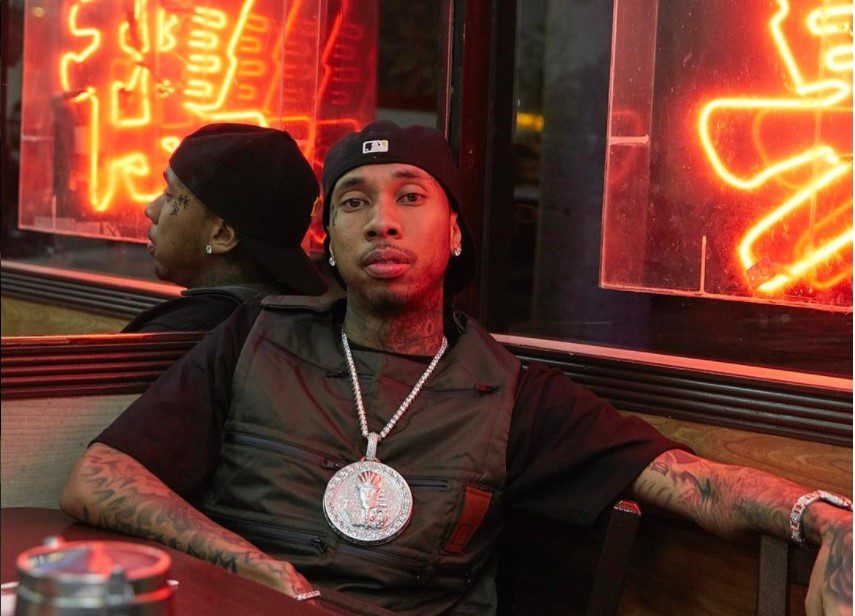 This past week, Tyga made headlines when he appeared on Power 105’s “The Breakfast Club” and claimed that Cash Money Records owed him millions of dollars from his years with the label. Since then, people have been talking about everything from Tyga’s finances to Cash Money’s notorious history of controversy over unpaid fees and royalties. But now a new report claims that Cash Money is calling BS on Tyga’s claims.

For those that don’t remember, when Tyga appeared on “The Breakfast Club” this past week he spoke about leaving Cash Money and signing a management deal with Kanye West’s G.O.O.D Music. He also spoke about his previous grievances with Cash Money, including old accusations that he wasn’t properly paid by the label and he eventually told the trio of hosts that Cash Money Records owes him $12 million, presumably for things like unpaid royalties for hits like “Rack City” and “Bedrock.”

The trio asked him if he’s going to sue Cash Money for the money, but Tyga explained that he’s not really interested in getting the money he’s allegedly owed. In fact, he said that he hopes Lil Wayne, who has been beefing with Cash Money for years over unpaid money, get’s what’s owed to him first.

“I’m in a position to where I just want Wayne to get what he’s owed,” Tyga responded. “I don’t want to throw nothing more on that situation. I want to see Wayne prosper with that, and then I can go see.”

Charlamagne then brought up the rumors that Tyga “strong-armed” his way out of the Cash Money deal, but Tyga explained, “I had to pay to get out.”

“It was close to a mill. At first, they wanted like 2 but then we got them to bring it down,” Tyga said as he explained how much it cost to get out of the deal.

Well, after Tyga opened up about his financial issues with Cash Money, a source close to Birdman spoke out and claimed Tyga’s accusations are false.

According to the source, Tyga still owed the label money when he was released from his contract. The source adds that Birdman and the rest of the label heads were fine with letting Tyga go because his album sales were lackluster, which presumably plays into their allegations about him owing money to the label before he left.

Another source close to Cash Money shot down Tyga’s $12 million accusations, saying that the proof that Tyga is lying is the fact that he doesn’t want to sue the label for the money.

“What person says they won’t sue if they’re owed $12 million?” the source said.

Who do you believe in this controversy? Tyga or Cash Money? Let us know in the comments.