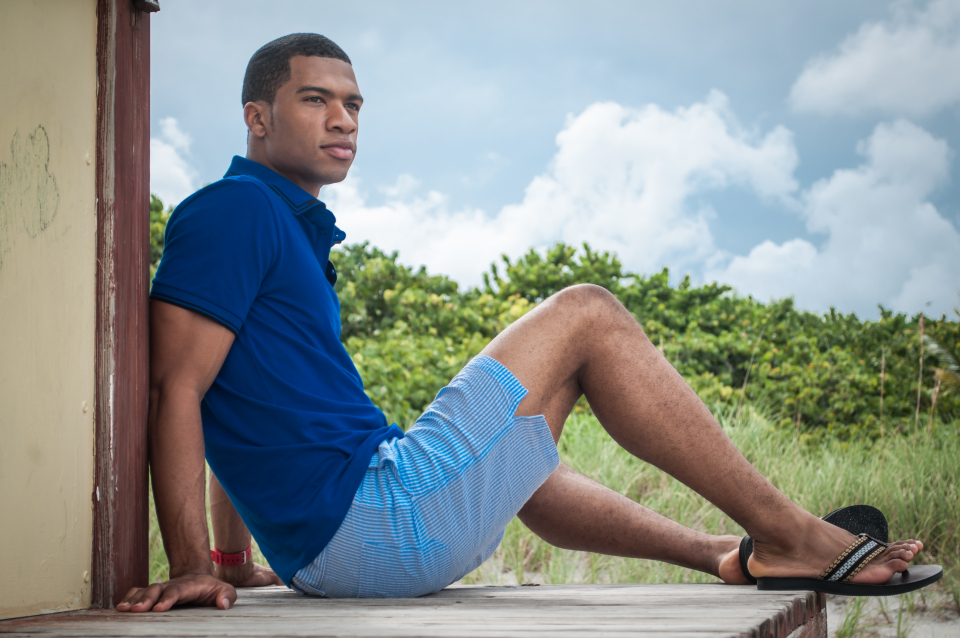 Johnny Dutch has been running around since age 10. The competitive runner by profession won nine state championships and two national titles. “I earned a full ride to the University of South Carolina where I won SEC titles and an NCAA championship title. After my junior year of college, I ran the No. 2 fastest time in the world and I signed to run professionally. I’ve been a professional runner for seven years,” says Dutch, who received his bachelor’s degree in the field of media arts-film production from the University of South Carolina.

Read what Dutch says about brand partnerships and his Hollywood aspirations.

How does it feel to be sponsored by Puma?
I’m so grateful to God for Puma. I had been without a sponsor for three years, so it was a struggle. Puma signed me in 2017. They are a trendy, innovative company and I enjoy competing in their gear.

What kind of rituals do you have before competing?
I only listen to mid-tempo, smooth R&B songs when warming up before a race. It soothes me and I feel relaxed. Sometimes, fast and hype[d] music makes me too anxious.

What has been the most difficult thing you had to overcome?
Missing the 2016 Olympics team. I was ranked No. 1 in the world in my event and projected to bring home a medal for the USA. In the final round, I hit the last hurdle and it killed my momentum. Suddenly, four runners ran past me and I saw my Olympic dream shattered right in front of me. It was devastating. I tried out in 2008 and 2012, so eight years later, my goal was to make the team. Emotionally and physically, I was distraught. Then, I had felt that I missed the biggest opportunity of my life. But I learned to accept it and understand that God had another plan.

Tell us about your love of the film and entertainment industry.
My mother bought me a video camera at the age of 15, and since then, I’ve been creating films. I have a deep love for filmmaking and the process that goes into [a] big production. Back in the late ’90s when people still used VHS and VCR’s, I would watch the behind the scenes VHS of Jurassic Park, over and over again. I admired the hard work and teamwork that went into making a successful film. When creating a film, I enjoy directing and watching my actors bring the story to life.

What does success look like to you?
Happiness is success to me. As long as I’m pursuing my endeavors, enjoying the process while doing it, and surrounding myself [with] my loving family, that’s success.

What advice would you give someone who seeks to become a professional athlete?
Just know that the journey is a rollercoaster. Sometimes, you’ll win, and most times you may lose, but when you do just keep working and your moment will happen.

Where do you see your career in the next five years?
I plan on being in a position where I’m directing major feature length films for production companies. I want to work alongside directors Steven Spielberg, Lee Daniels, Quentin Tarantino and Tyler Perry whether I’m in front or behind the camera with them.