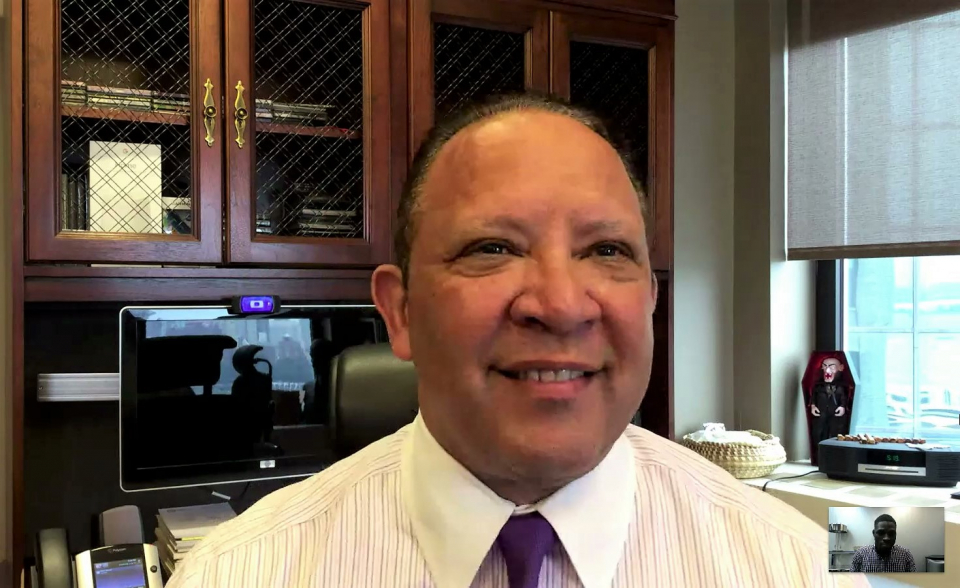 This month, rolling out had the opportunity to interview Marc Morial, the current president and CEO of the National Urban League. Although Morial has held his post as head of the National Urban League for the past 14 years, he has also affected major change as an acclaimed litigator with the Louisiana State Bar, as mayor of New Orleans from 1994 through 2002, and as a 2012 appointee to the President’s Advisory Council on Financial Capability. As a tenured leader of one of the nation’s oldest and most active civil rights organizations, Morial has also been able to make major strides in cities all across the United States with programs and initiatives through the National Urban League. Furthermore, the work of the National Urban League has become even more important with today’s political landscape. Given the influential positions of federal officials like U.S. Attorney General Jeff Sessions, White House Chief Strategist Steve Bannon, and Speaker of the U.S. House of Representatives Paul Ryan, many members of the civil rights community are very concerned about the state of government policies and guarantees of civil rights protections in the current day.

The mission of the National Urban League is “to enable African Americans to secure economic self-reliance, parity, power, and civil rights.” What programs do you have in place that go toward accomplishing those goals?

We have, I think, when it comes to historic civil rights, the very best programs anywhere in America. Our job training and workforce programs have worked with people throughout the community. We work with those who are seeking to re-enter society after a period of incarceration. We work with people who may not have finished high school in time. We work with recent college grads seeking employment. We work with seniors looking to become employable. So that’s an important thing, and under the banner of economic empowerment, we do that. Under the banner of economic empowerment, we help people become homeowners. We run home buyer education classes – better known as housing counseling classes – around the country. Under the banner of economic empowerment, we work with small businesses to run entrepreneurship centers to help them grow their businesses, to help them become job creators, to help them, if you will, build their quality of life and their assets. So we do all of that, and we do advocacy, particularly public policy advocacy through our Washington bureau. We’re now active in the fight to protect the Affordable Care Act and to push back against any effort to strip away health care coverage from millions of Americans. We’re working hard to make sure that people understand the cutting back of the federal budget, whether it is safety net programs like food stamps or programs that help people attain economic self-sufficiency and middle-class status, like education and workforce. So we’re working hard on the public policy advocacy front on many, many issues. On the justice front, we’re resisting the sham of the Voter Fraud Commission that’s been created… so we’re very, very busy on the program front, the policy front, and all the very important issues that affect this nation.

Very difficult issue. There are some things that have happened at the local level with some states, and some states have adopted universal background checks and strengthened their laws, but I think this has been a very difficult issue for us to gain traction on, but we must. To that end, thousands of people lose their lives each year in this country due to a shooting. Another 15,000 to 20,000 people lose their lives because they use a gun to take their own lives. It’s unacceptable to have 30,000 people do this. We’ve got to do something about it. So it operates on multiple levels. Education, to strict laws… I think, we need to reinstate bans on artillery and assault weapons. I think we need to limit people’s ability to buy ammunition in large quantities unless there is a demonstrated need for it. I don’t think any of this infringes on the Second Amendment. Just like you can’t yell “fire” in a crowded movie theater, the First Amendment does not protect that as free speech. There are reasonable limitations that make very good sense when it comes to guns in this country. I don’t call it gun control — I call it gun safety.

What was it like growing up in a very political household, with a father who was the first Black mayor of New Orleans. What kind of ideas were you brought up with?

When I grew up, my father was a civil rights lawyer, an NAACP leader. My mother was a school teacher [and] community activist. And they instilled in me, in my brothers and my sisters, this idea of service and activism. It was later that my father became mayor. I was actually gone to college by the time he had participated in his first campaign. And I was inspired because he and his generation saw local politics as the vehicle for the civil rights movement of the 1960s. They saw taking charge of city governments as a way to expand economic opportunity and as a way to expand civil rights — that was their charge, that’s how they saw it. So I always saw elected office – and I served as mayor from ’94 to ’02 – as a way to further the very same agenda of inclusion, an agenda of equal economic opportunity, and an agenda of civil rights and human rights for all.

The current mayor of New Orleans, Mitch Landrieu, was finally able to take down the statue of Confederate General Robert E. Lee there. What was it like seeing a goal like that accomplished and seeing a symbol of hatred like that come down finally?

It was great, and I give Mayor Landrieu and the former city councilmen who voted 6-1 to support those efforts a great deal of credit. The statue of Robert E. Lee came down, the statue of Jefferson Davis came down, the statue of P.G.T. Beauregard came down, and also the old statue that celebrated the takeover of the city from the Reconstruction government. It was positive to see — those statues should never have been put up in the 1800s. They were basically statues to treasonous military figures who sought to overthrow the government of the United States and to protect slavery. That’s not heritage. That is why those statues had to come down. So I think it was an important time, and it gives New Orleans a chance to think forward. What I’m hoping is that where those statues once stood they would be replaced with the monuments and pieces of public art that celebrate 21st century New Orleans and a 21st century America, which is multiracial, multicultural, multiethnic and multi-religious. That’s the nation, and that’s the New Orleans I led, and that’s what New Orleans represents. Not only to itself, not only to the state of Louisiana, not only to the nation but to the world.

What can we look for right now in the news for what the National Urban League is involved with and the initiatives that the organization is putting forward right now?

Well, keep an eye on our work around the Main Street Marshall Plan. We’ve got our own infrastructure initiative that we’ve announced; we’re going to be putting a lot of effort into educating members of Congress and trying to get the public to say we need a big investment in American’s urban communities. We need an investment in building transportation systems, public transit, parks, playgrounds, schools, water systems — those infrastructure items that would create jobs and also improve the quality of life for Americans in urban communities. Look for the Urban League’s Main Street Marshall Plan. It’s already out, and we will have a discussion about it in St. Louis [the national convention will take place there July 26-29]. It’s what I want everyone to take a look at.