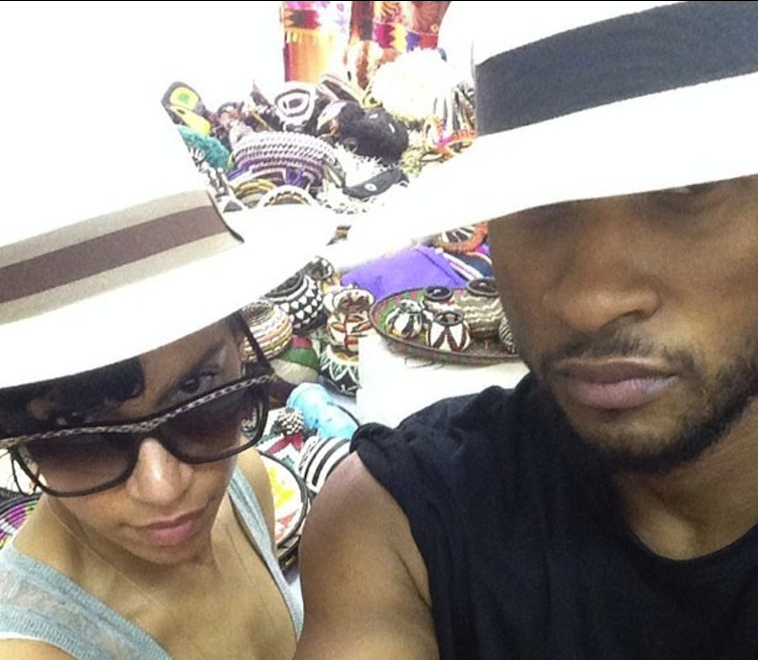 Rolling out has already reported that a woman was suing Usher for $10M for possible exposure to an STD.

Well, this woman who came forward to sue Usher for allegedly not telling her he had herpes, now wants more money. As previously reported after docs leaked that allegedly showed that Usher paid a woman – who was reportedly Tameka Raymond’s bridesmaid – over $1M for passing along herpes simplex 2. Now, a second woman came up and filed a lawsuit for $10M just for exposing her to the possibility of getting herpes. She was also filing because he did not disclose his diagnosis.

This second woman – who is called “Jane Doe” in the lawsuit documents – is now upping the stakes in the suit. According to TMZ, that same woman has allegedly received positive herpes test results. She now wants a whopping $20M instead of just $10M. She says the $40M is for negligence, battery, and emotional distress.

The woman is said to be devastated. She reportedly immediately went to get herself tested when she heard about the first woman contracting the permanent, but non-deadly, disease from Usher. She was crushed when she got the results back this past weekend.

The entertainment publication reached out to Usher for comment, but to no avail. We’ve also heard nothing from Usher’s wife, Grace Miguel, who has to be upset after hearing these ultra-embarrassing stories about her allegedly cheating husband spreading a sexually transmitted disease to unsuspecting women.

Usher’s problems may get even worse. According to celebrity attorney Lisa Bloom, several women have contacted her about their legal recourse for being sexually involved with the “Yeah” singer. Bloom has not indicated yet if she will take on these new women’s cases – or if they will file a class-action lawsuit against the superstar singer.

The singer will never forget the month of July 2017, which started out so promising for Usher. He was photographed at the top of the month by the paparazzi at an exotic vacation locale in Italy with friends.  He had no clue as to the abject humiliation and career-crushing news that was to come his way.