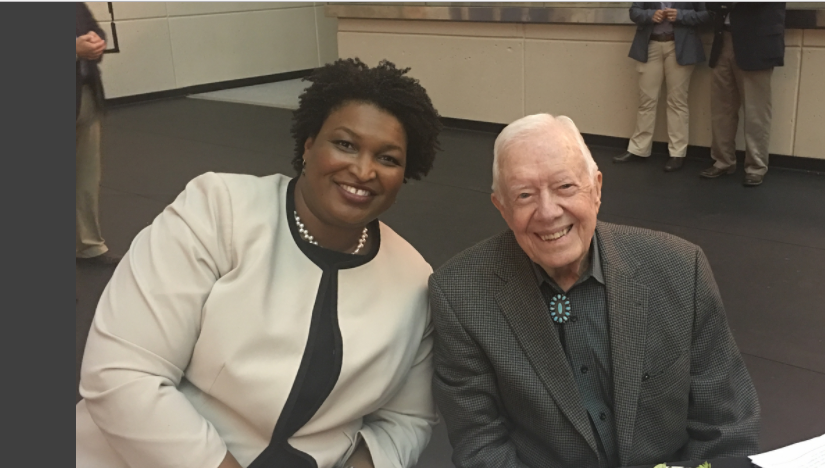 The state representative, D-Atlanta, is scheduled to release the Inspirational Minority Leader: How to Lead from the Outside and Make Real Change in spring 2018 through Henry Holt and Co., according to the Associated Press.

According to Holt, her book will combine her life story with “real-world, how-to advice” for women and minorities “who must grapple with the implications of race, class, gender and otherness.”

Abrams is vying to make history as the country’s first Black woman governor. She is calling her book “Lean In for the rest of us.”

“This is a book about how potent and compelling being the minority can be and how it can transform your destiny when properly harnessed,” she said in a statement.

Her candidacy was endorsed this week by legendary congressman and civil rights leader John Lewis, D-Georgia.

Lewis said Abrams, who until recently led Georgia House Democrats, “the only leader” bidding to replace Republican Gov. Nathan Deal with “the experience and an ambitious vision to uplift all families.”

“Georgia must seize the opportunity to be a model for our nation by electing this transformative leader, who strives to empower the people she will serve,” Lewis said in a statement.

Abrams, 43, is an attorney from Atlanta and has been active in voter registration. She often joined Lewis as a surrogate for former Secretary of State Hillary Clinton when she ran for president in 2016.

Before she can get to the general election, Abrams first must win a primary against state Rep. Stacey Evans of Smyrna. Evans boasts a prominent endorsement of her own this summer from Roy Barnes, the last Democrat to hold the Georgia governor’s office.