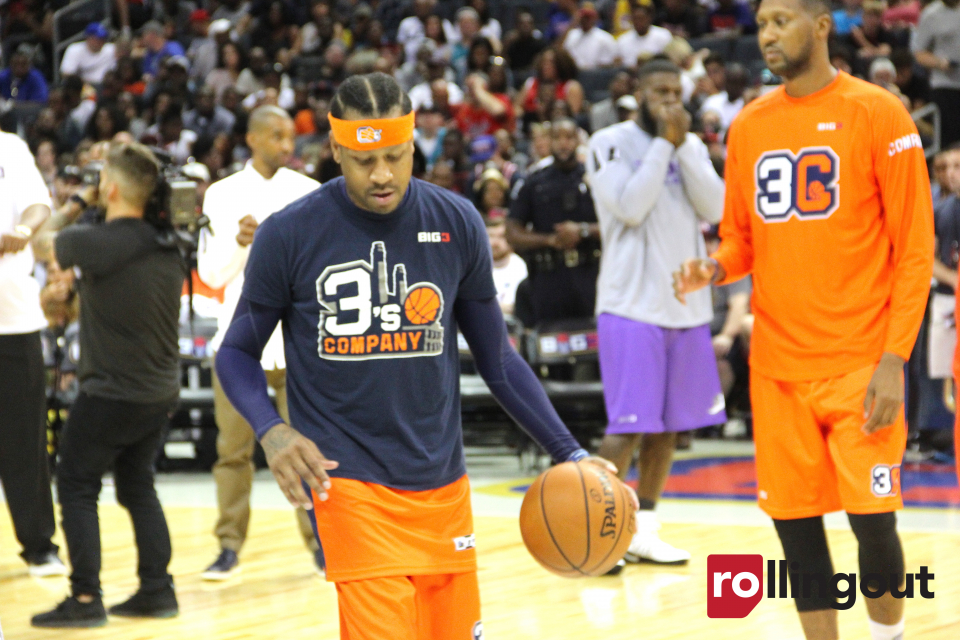 Allen Iverson didn’t show up for the BIG3’s week six stop in Dallas. The NBA legend’s disappearance comes two weeks after he didn’t inform fans that he couldn’t play in Philadelphia until 20 minutes before the week’s games began. The BIG3 released an official statement on the situation on Twitter Sunday evening.

The BIG3 Tournament is fueled by the face of the rapper-actor Ice Cube. The summer tour is stopping in 10 cities around the country with former NBA players. The half court, 3-on-3 set up has games that go to 50 points. DJ Skee is playing hip-hop instrumentals throughout the day and the players have their nicknames on the back of their jerseys. Names such as Chauncey Billups, Brian Scalabrine, Stephen Jackson, Mike Bibby and Jason Williams were among some of the most notable participating in the tournament.

However, when promotion for the league began, Iverson was the main name that was being mentioned as a player-coach for his team, 3’s Company. Iverson clarified from the beginning that he isn’t the same player that the fans remember him to be and that he was more focused on coaching most weeks of the tournament than actually playing. He played limited minutes in the first three weeks before announcing he wasn’t playing during his homecoming week in Philadelphia. After the week five stop in Chicago, the league is now trying to figure out why Iverson didn’t show up for week six in Dallas.

Team co-captain Demarr Johnson replaced Iverson in his spot as the team’s player-coach. Next week, 3’s Company is facing off against Al Harrington and the undefeated Trilogy squad in Lexington, Kentucky. Only two weeks remain until the league’s playoffs begin in Seattle on Aug. 20. 3-Headed Monsters star Rashard Lewis was the league’s leading scorer going into week six.