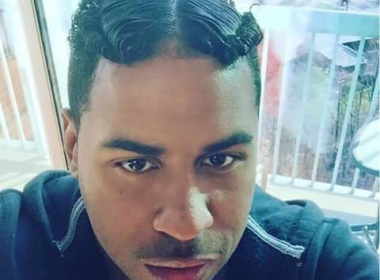 Lil Scrappy of the hit show “Love & Hip Hop Atlanta” is clowning those who are currently trying to include him in the latest sexual scandal to hit the ATL. The oft-combustible reality star is wasting no time separating himself from his good friend Bobby V’s alleged transgender drama.

As fans of the R&B singer have found out to their surprise, Bobby V. was blasted by a transsexual sex worker after she claims he ran out without paying. Bobby V has since said that he didn’t know it was a man.

If that was not bad enough for Scrappy, who routinely sticks his chest out in a heightened sense of bravado and machismo, a video has surfaced of Bobby V. partying with Lil Scrappy in a room full of “questionable” women. The video of Scrappy and Bobby V. quickly went viral on social media and many say it proves that they both have expanded on their sexual proclivities.

Scrappy, however, quickly hit the net recently to dispute he was in a room full of transsexuals, stating that while they “may be ugly” they were “real women.”

He also maintains that he’s totally straight and though he doesn’t criticize those who go “both ways,” that’s not how he rolls.