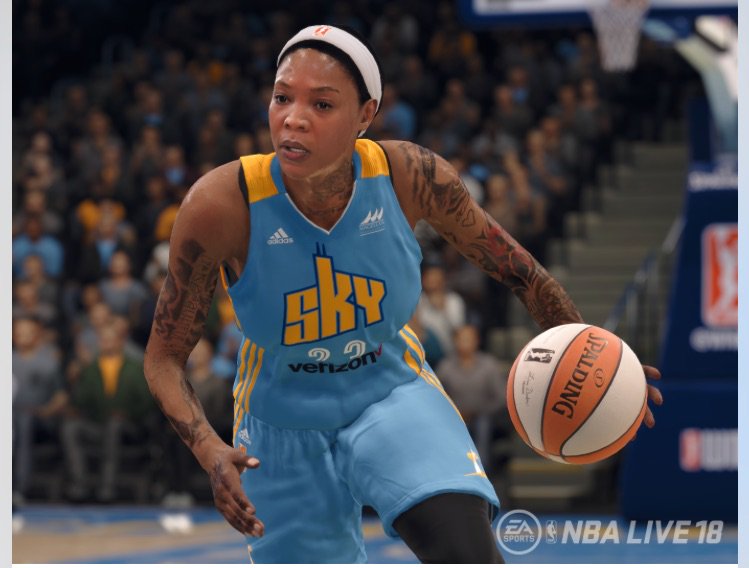 On August 3, EA Sports announced that NBA Live 18 will have a WNBA feature. The feature plans to include all of the league’s stars and teams for the first time ever in video games. The debut of WNBA teams in the virtual world comes 23 years after NBA Live’s inception.

The 2K franchise officially surpassed NBA Live in popularity in 2009, with the first NBA 2K special release cover featuring Kobe Bryant. NBA 2K games have exceeded NBA Live so much, NBA Live didn’t even release a game under the title from 2010-2013. Introducing the WNBA might just be the dynamic that brings more buzz to the game this year.

Although the league might not be at its most profitable right now, the WNBA’s quality of play is as high as it’s ever been. Impressive talents like Maya Moore, Brittney Griner, Angel McCoughtry, Elena Della Donne, Slyvia Fowles, Skylar Diggins-Smith and Nneka Ogwumike are currently in their prime. Big names like Candace Parker, Diana Taurasi, and Sue Bird are reaping the benefits of being active legends in the game. Newer acts like Kelsi Plum and Breanna Stewart are set to carry the game to unseen levels in the next generation. Every demographic counts when you’re a franchise like NBA Live and the fans of women’s basketball could be huge considering all of the aforementioned stars’ supporters around the world.

This feature also brings up the question of why it took so long to implement. Sure, women’s sports like tennis and soccer have been around much longer, with larger fan bases, but why didn’t the WNBA get as great of a chance as they possibly could to succeed from the beginning? Basketball junkies know the names, Lisa Leslie and Tina Thompson, so why could they never play them on NBA Live 2003? The point is that consumers want what you put in front of them. If you don’t advertise and push a product enough to an audience, they simply won’t care about it. If they don’t care, the businesses don’t make money. If the businesses don’t make money, the players don’t make money and the players are forced to play overseas for more money in the offseason, which leads to superstars like Taurasi and McCoughtry taking season-long breaks to afford the lifestyle of any other average athlete.

Of course, you can’t guarantee a certain amount of success for the WNBA, but you can at least present it to the point where fans recognize it exists. Finally putting teams on the least-popular video game two decades after its inception may not make that big of a difference, but it gives the product a chance.