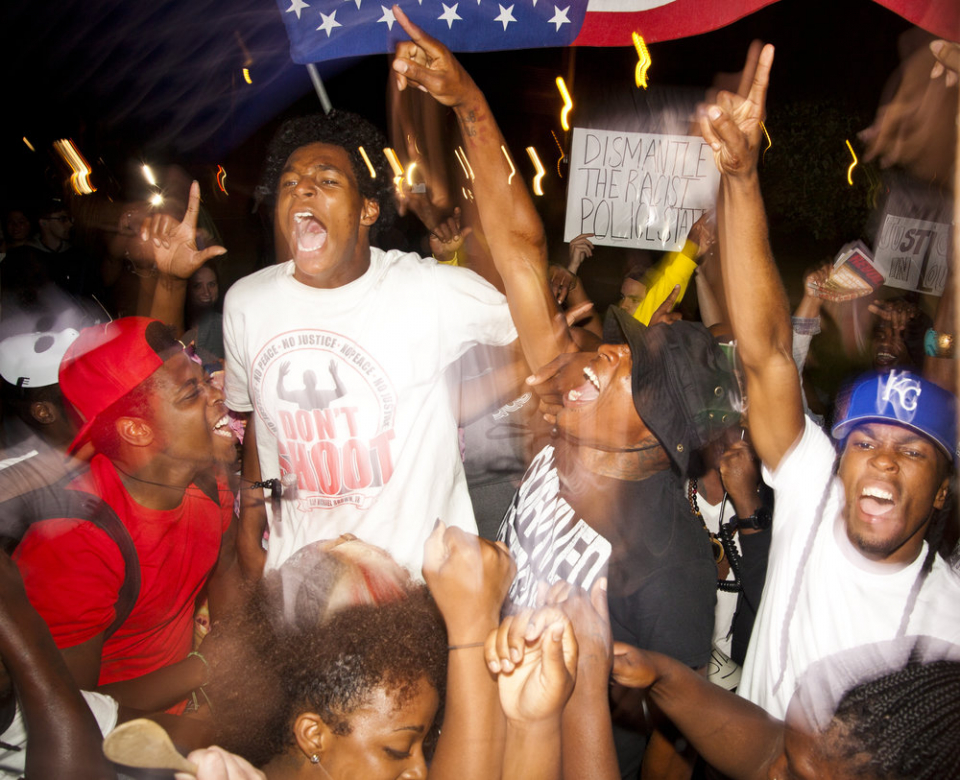 It was three years ago today that Michael Brown was senselessly shot and killed by Ferguson, Missouri, police officer Darren Wilson after he was simply stopped for walking in the street. (Not for allegedly stealing, as was reported later, in a blatant attempt to assassinate his character after his death.) A new documentary titled Whose Streets? gives an up close and very uncomfortable, but personal look at the protests that took place on the streets of Ferguson following Brown’s murder.

Rolling out spoke exclusively to this must-see film’s director and producer Sabaah Folayan, and co-director and producer Damon Davis, who met organically after Folayan traveled to the Ferguson area shortly after Brown’s death. Below are excerpts from that conversation.

Damon, you were already in that area, but what inspired you, Sabaah, to head to that area?

Sabaah Folayan: I felt like when I was watching the news what was being depicted about Ferguson, it really lacked humanity.

You start the film with a powerful quote from Dr. Martin Luther King Jr.: “Riot is the language of the unheard.”  Why?

SF: To tie the movement to the long struggle and reclaim Dr. King’s legacy.

What do you hope people get from this film after watching it?

Damon Davis: I hope Black folks see themselves and are proud [and feel] validated.

SF: I hope it reflects an image of beauty and it encourages people to be bold and to be firm.

View the trailer for Whose Streets? trailer here.