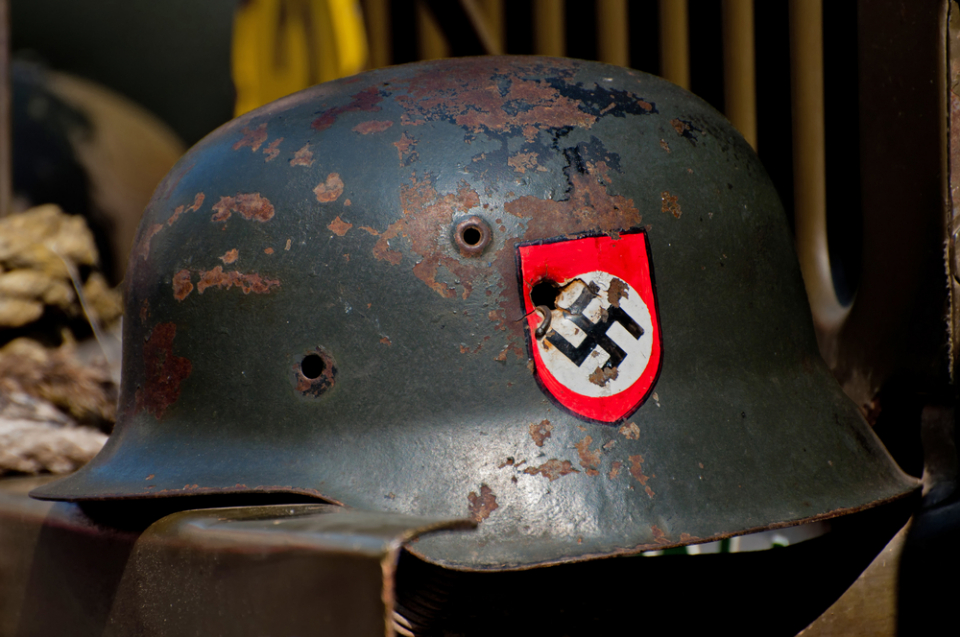 Nearly 50 years ago, George Lincoln Rockwell, the founder of the American Nazi Party, aka the National Socialist White Peoples Party, was executed with an M-14 rifle by an ex-member of his party in Arlington, Virginia, outside a Laundromat on Aug. 25, 1967. Expelled by Rockwell for alleged “Bolshevik leanings,” John Patler, the editor and illustrator for the party’s newsletter, “The Stormtrooper,” claimed his once mentor’s life.

In 1964, Rockwell ran for president of the United States as a write-in candidate, receiving 212 votes.

For an April 1966 issue of Playboy magazine, Rockwell was interviewed by Alex Haley after consenting to the interview on the condition that the interviewer was not Jewish. Once the article was published, Rockwell reportedly became popular on the speaking circuit earning an average $2K per week. Upon their meeting, Rockwell made his feelings known to Haley and called him the N-word. Haley’s response was classic. (See video on next page.)

SNCC’s leader Stokely Carmichael coined the phrase “Black Power” in 1966 at a rally in Mississippi and Rockwell came up with “White Power” shortly thereafter.

His antagonism via copycatting reportedly continued. When the Freedom Riders, civil rights activists, 400 plus volunteers rode interstate buses into the segregated South in 1961 to test the enforcement of the 1960 Supreme Court decision that declared segregated facilities for interstate passengers illegal, unconstitutional, Rockwell tricked out a Volkswagen van for the American Nazi Party, personally decorating it with swastikas and White supremacist slogans, and dubbed it the “Hate Bus.”

A leader of the hate brigade, Rockwell was quoted saying:

“I don’t believe in democracy. In the second place, neither did our white forefathers. I believe, as they did, in a republican authoritarian republic with a limited electorate — just like the one the writers of our Constitution meant this country to be. When these white Christian patriots sat down to write the Declaration of Independence, there were no Black citizens for them to worry about.

“A leopard doesn’t change his spots just because you bring him in from the jungle and try to housebreak him and turn him into a pet. He may learn to sheathe his claws in order to beg a few scraps off the dinner table, and you may teach him to be a beast of burden, but it doesn’t pay to forget that he’ll always be what he was born: a wild animal.

“We must never again let America be led into a fratricidal war like the last two world wars, for the sake of alien, minority interests.”

Rockwell, who worked as an illustrator, cartoonist and photographer, served in the U.S. Navy during World War 2 as a pilot. He claimed in an interview his father, vaudeville comic George Lovejoy “Doc” Rockwell, disowned him because he was in “show business” and had “Jewish friends.”