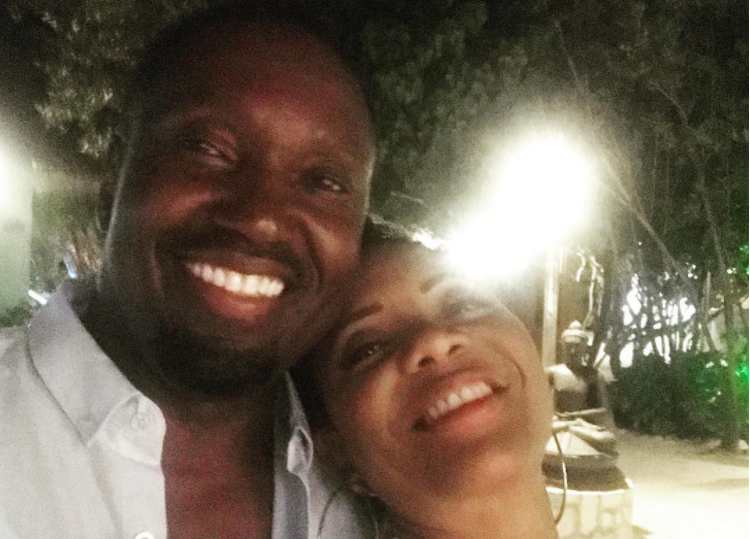 Born Lana Michelle Moorer, the Brooklyn-born and bred emcee icon and pioneer, tied the knot with John Wyche, a former Marine and entrepreneur, on the beaches of Montego Bay at the Sandals Royal Caribbean Resort in Jamaica.

The day was filled with sun, sand, and music with R&B singer Kelly Price singing as the two of them walked down the aisle. DJ Jermaine provided the reception party soundtrack to remember.

“It was so beautiful and a fairy tale,” Lyte told Essence. “I got my king.”

“It’s incredible so many people came out to support our union. We are starting out with a strong foundation,” Wyche said. “A few months into getting to know Lana I knew I wanted this woman as my wife.”

And his wife realized it as well. “One day when we’re talking and I looked into his eyes. It was so much honesty and truth in his eyes,” says Lyte, the co-founder of the Hip Hop Sisters Network. “My biggest thing with dating was to be vulnerable. And with him, I could totally let go and be myself.”

Most Gen Xers remember MC Lyte skyrocketing to fame in the late 1980s as the first female to drop a complete commercial rap album.

MC Lyte was one of the first female rappers to point out the sexism and misogyny that often runs rampant in hip-hop, often tackling the subject head-on lyrically in her songs and helping open the door for such future artists as Queen Latifah and Missy Elliott.

Lyte began rhyming at the age of 12, which eventually led to a single, “I Cram to Understand U,” which led to a recording contract with the First Priority label. MC Lyte’s debut full-length, Lyte As a Rock, surfaced in 1988, while a follow-up, Eyes on This, followed a year later. Both discs are considered to be the finest of the rapper’s career, especially her sophomore effort, which spawned the hit single, “Cha Cha Cha” (peaking at No. 1 on the rap charts) and the anti-violence track “Cappucino.”

Lyte’s third release, 1991’s Act Like You Know, was a more soul music-based work than its predecessors and in 1993, she dropped Ain’t No Other, featuring the album’s popular single, “Ruffneck,” which earned a Grammy nomination for Best Rap Single and turned out to be the first gold single ever achieved by a female rap artist.