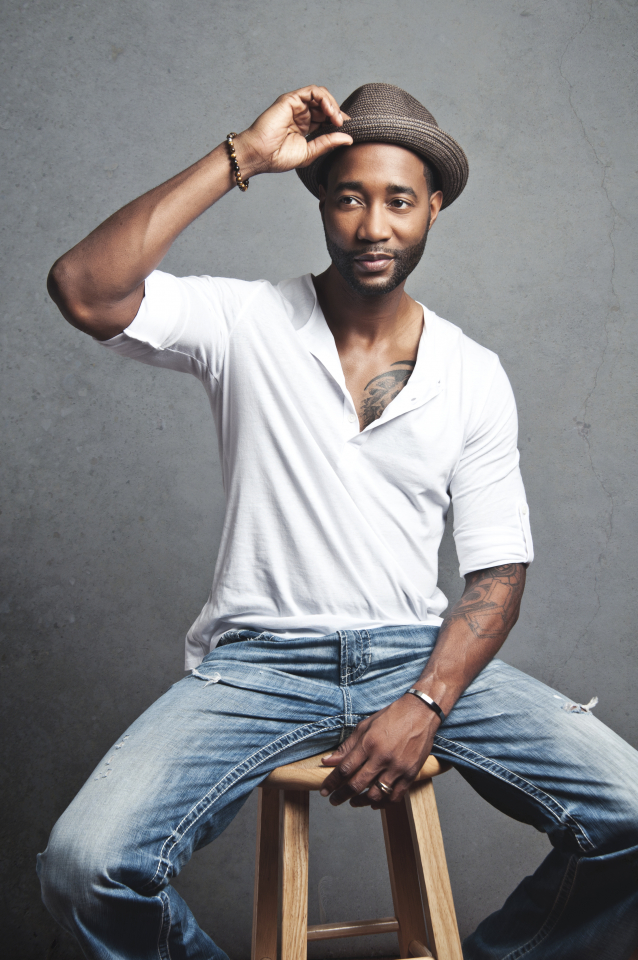 A father of four sons and a daughter, Myles is also Jackson State University theater professor where he works with students in the JSU Department of Speech Communications and Theatre in the College of Liberal Arts.

After completing the short film, Ernest and Lauren, Myles was inspired to become involved with homelessness prevention programs. He is also an advocate for prison incarceration programs used to help re-establish African American males in their communities after serving time in prison. Myles is a longstanding member of the Alpha Phi Alpha Fraternity and does his part to help the community through philanthropy. He participates in the fraternity’s mentoring program, “Go to High School; Go to College,” where he helps high school graduates transition into an academic institution of higher learning. In addition, Myles serves as a national spokesperson for the SCL Foundation, which was founded by iconic actors Sidney Poitier and Harry Belafonte. He also established the Yohance Myles “The BEing Within Actor’s” Studio Session Inc. to help guide inspiring actors with knowledge and life skills to sustain themselves and their talent in the  competitively growing entertainment industry.

Tell us about your character in Created Equal.
I co-star in Created Equal as a defense attorney named Willis “Silk” Thompkins, the brains of the firm and best friend to Aaron Tveit’s character, Tommy O’Reilly.

How did you prepare for your role as Willis Silk Thompkins?
I spoke with a few friends of mine that were astute in law and politics. I am very thankful for Mr. Bill Duke being an actor-director because he afforded us the opportunity to dialogue and make honest choices that were authentic and purpose driven during the filming.

What is your favorite line or scene from Created Equal, one you’re in and maybe a scene from the film?
My favorite line in the film is when Silk tells Tommy as they await the final verdict for the trial he says, “Relax, Tommy. Like Allie says, “It’s God’s will. No matter what the results are.”

What was it like working with the actors on the set? Was there a strong connection with one of them? If so share who and what about that connection was special.
It was indeed an honor to work alongside Lou Diamond Phillips and Gregory Alan Williams. Filming Created Equal with these seasoned veterans in the art of acting was impactful. But my most memorable moments are with Aaron Tveit, who plays Tommy O’Reilly. He and I created an indestructible bond and built a lifelong friendship.

How did this character help you grow as an actor? Did you learn a new technique?
I typically play characters that are considered positive authoritative figures. This particular role has helped me to grow and become more grounded in my performances alongside star players like Lou Diamond Phillips and Gregory Alan Williams.

Share a little bit of your experience working with famed actor and director Bill Duke. Is there a special technique he used as a director that resonated with you?
I met Mr. Duke several years ago at a college theatre conference with my acting mentor Dr. Tonea Stewart (A Time to Kill and Girls Trip). That was 17 years ago and here it is the full circle of life. As I remembered Mr. Duke then, he still exudes an essence of respect and power immediately upon meeting him. Bill Duke makes every directing moment a shared experience filled with truth and he puts you at ease. He made sure we enjoyed the experience and we laughed a lot in between scenes. He is secretly a comedian at heart. His approach made us excited to come to work and immerse ourselves in our roles.

What can the audience expect to see in this film? What would they be surprised to learn in this film?
Created Equal is a film about women’s rights and the fight for religious freedom, which is another prevailing issue in America. I don’t’ want to give away any spoilers but I would say that the audience will be surprised by the ending.

Share a little about your (film, TV or stage) background and which role is the highlight of your career so far? Which is your breakout role? Which is your favorite character and why?
I have been extremely blessed to build a body of work that is comparable to other great actors in the industry. My breakout role would be the character Dr. Edmonds of the film Hours, starring the [late] Paul Walker. And my other breakout role for television would be either “Common Law” Clyde [USA] or “Containment” Dennis [CW]. The most impactful role I have played thus far is the character of Leon Grant on the Fox mini-series “Shots Fired.”

What else are you good at creatively, in addition to acting?
I would like to say that I enjoy directing. I am also good at creatively being a parent. I view raising my children as a creative art form and I take that seriously as I do acting. It’s all about the process. Thanks for asking.

What was the last film or TV show you saw that you didn’t act in and thought, now that was good? Why?
Well, I have two films with great actors I think are dynamic men which are Matthew McConaughey (Sea of Trees) and Don Cheadle (Miles Ahead).

How you do spend your day, when you’re not shooting? Which do you enjoy most?
Most of [my] day is spent balancing family and teaching my students. I highly enjoy my time with my wife and children. They are my support unit and true appreciators of my hard work and sacrifice. I also like to spend time reading. I have an extensive book collection.

Who are the gurus in your life? Any mentors or sage advice you’ve received?f
Dr. Tonea Stewart is my guru-mentor-director. She is the one responsible for the intense and life-changing training I use today to create stories. Her best advice to me while growing as an actor is “Everything you need, you already have.”

Are you happy with the kind of roles you are getting?
I’m content with the season of growth I am in now. But as a performer, there’s always room for improvement and new beginnings. I am always delighted for positive change. I am faith-driven and have open expectations that the roles I am able to obtain are stories that create world change and healing.

On Saturday, August 26, at 6:30pm, Myles will serve as a presenter at the 8th Annual BronzeLens Awards Show, which will be held at The Woodruff Arts Center, Rich Auditorium (1280 Peachtree Street NE in Atlanta 30309).

On Sunday, August 27, at 6pm, the BronzeLens Film Festival will roll out their “Bronze Carpet” preceding the Atlanta Premiere of Created Equal from 7pm-8:30pm. Immediately following the screening, there will be a Q&A with select members of the cast, including Yohance Myles, John Newberg, Camyrn Jones, Spence Maughon and producer, Thada Catalon (T-Cat Films). The Bronze Carpet and screening will be held at Georgia Pacific (133 Peachtree Street, Atlanta GA).

Tickets to see Created Equal will sell out, so please visit purchase your ticket as soon as possible by clicking the following link: https://bronzelens.ticketleap.com/created-equal.