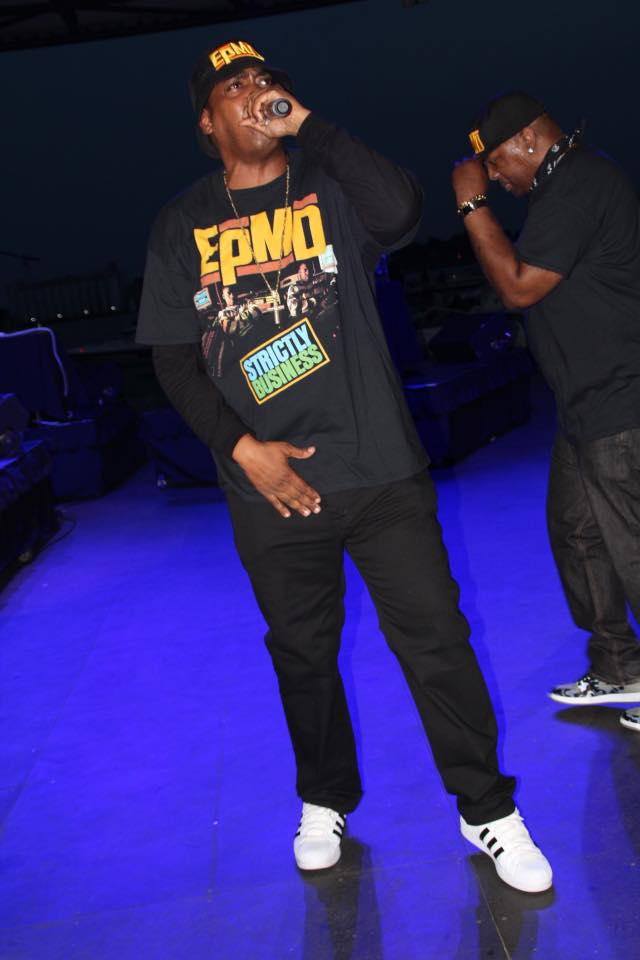 Parish Smith, aka the ‘microphone doctor’, and Erick Sermon, aka ‘the green-eyed-bandit’ (Photo Credit: Anterlon Fritz)

Real hip-hop lives. Hip-hop legends Run-D.M.C., EPMD and Rakim moved the crowd at Detroit’s Chene Park this past weekend. Presented by Fort Knox Entertainment, the show was jam-packed with a sold-out crowd. “I wanted to throw the most epic concert, party, reunion, celebration, or whatever someone chooses to call it this year, and stamp FKE as the new up-and-coming promotion team that’s steamrolling their way to the top,” says owner Chad Knox.  “I brought these legends [Run-D.M.C.] to this venue because they haven’t been in the city of Detroit since the ’80s.” FKE’s previous events have included notable artists such as Bobby Brown, Avant, Dru Hill and Kelly Price.

Rolling out caught up with EPMD backstage. The Green-Eyed Bandit and Microphone Doctor are still strictly business. Watch as they talk about their longevity, Parish’s new solo project due out next month, and a 2018 release that will feature hip-hop’s dopest duos. Peep the video after the cut.