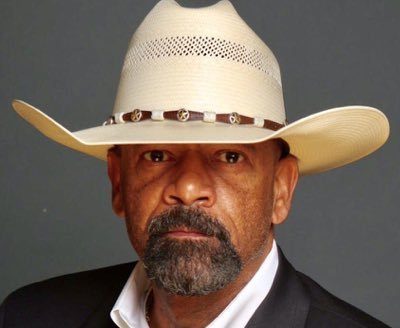 David Clarke, the controversial sheriff of Milwaukee County, Wisconsin, who used his position to launch a career as a conservative talking head and high-profile supporter of President Donald Trump, has resigned his law enforcement post, according to local media reports.

Clarke’s willingness to back the actions of other law enforcement officers in any situation and his harsh rhetoric against the police reform movement made him a prominent figure in right-wing media. But he has come under scrutiny over deaths in the jail he was charged with running. One man died of thirst a week after Clarke’s officers cut off his water supply.

Despite those deaths and other issues, Clarke was a regular on Fox News shows and a popular personality online. Trump sent a tweet earlier this week encouraging his millions of followers to buy Clarke’s book, calling him a “great guy.”

A great book by a great guy, highly recommended! https://t.co/3jbDDN8YmJ

Clarke was previously thought to be in the running for a position at the Department of Homeland Security.

In a statement, Clarke indicated he has something in the works.

“After almost 40 years serving the great people of Milwaukee County, I have chosen to retire to pursue other opportunities,” Clarke said. “I will have news about my next steps in the very near future.”

Politico reported Thursday evening that Clarke is expected to join the Trump administration. The article said that Clarke was expected to take some position in the White House, though it wasn’t clear what it would be.