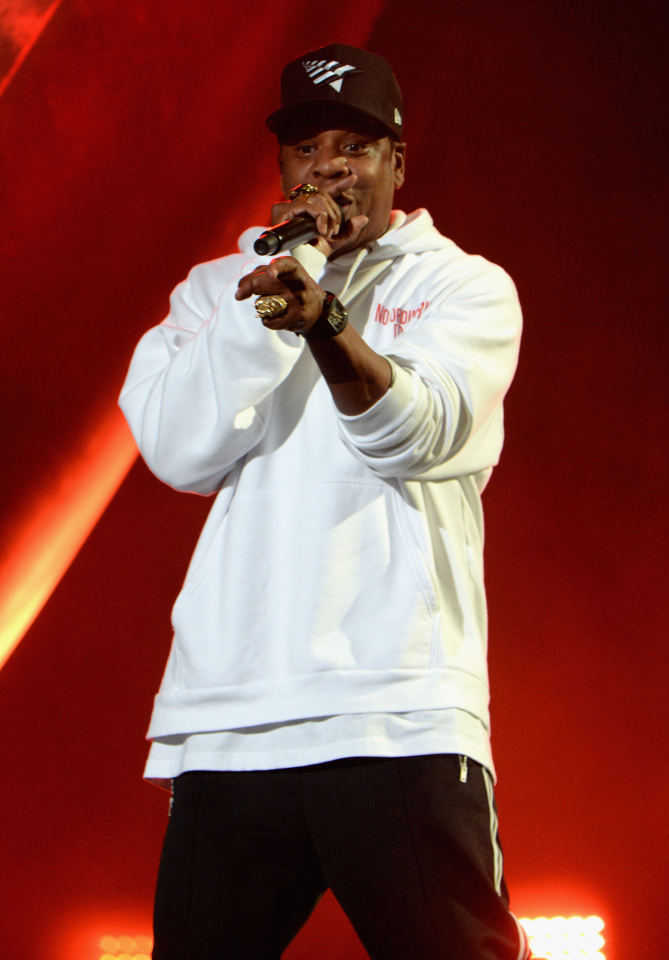 PHILADELPHIA- SEPT. 3: Jay-Z performs onstage during the 2017 Budweiser Made in America festival – day two at Benjamin Franklin Parkway on Sept. 3, 2017, in Philadelphia. (Photo by Kevin Mazur/Getty Images for Anheuser-Busch)

On the second and final night of the 2017 Budweiser Made in America Festival, the weekend festival’s creator, Jay-Z, took us on a musical journey that documents his 20-plus year career. With his wife Beyoncé watching backstage, Hov gave the crowd nearly two hours of classics and new joints that served as a preview of his upcoming 4:44 tour.

Joined on stage by Damian Marley, the hip-hop titan opened the show with the song “Bam” and quickly went into his massive collection of hits. Just in case you were a festival goer who wasn’t familiar with Jay’s body of work, his second song, “PSA” served as an introduction. “Allow me to reintroduce myself my name’s Hov!”

It was also the eve of Beyoncé’s birthday and he made sure the crowd properly saluted his queen.  He urged the crowd to sing two versions of Happy Birthday, the first the traditional one followed by the Stevie Wonder version. In what I called the “Dear White People” warning, Jay told the crowd, “don’t f— it up” and encouraged those who didn’t know the Stevie version to sit this one out.

When a fan asked if Queen Bey would be joining him on stage, Jay responded “she’s not working tonight.” The Philadelphia fans did get a surprise as Jay Z concluded his show on the “Rocky” stage.

He reappeared on one of the two other festival stages, sending fans into a frenzy to see where. Then he was joined my Philadelphia’s own Meek Mill, who performed “Dreams and Nightmares” on stage with Hov. The sense of pride emanating from the crowd was evident as many recited the lyrics.

Other songs from 4:44 that Jay-Z performed included “The Story of OJ” “Caught Their Eyes” “Moonlight” and “Family Feud.”

In perhaps the most sentimental portion of the show, Jay discussed fallen friend Chester Bennington before performing the Jay-Z/Linkin Park mashup “Numb/Encore.”

Hov closed the show with what he called his favorite song, “The Life (I Don’t Know Why)” at his favorite festival in the world. It was a two-day festival that saw the nasty weather of Saturday with steady rain and, at times, downpours, lead to a Sunday of sneakers and shoes caked in mud. But the diverse crowd that included barely legal teens to those in their 40s and perhaps older left fulfilled for having endured it all.