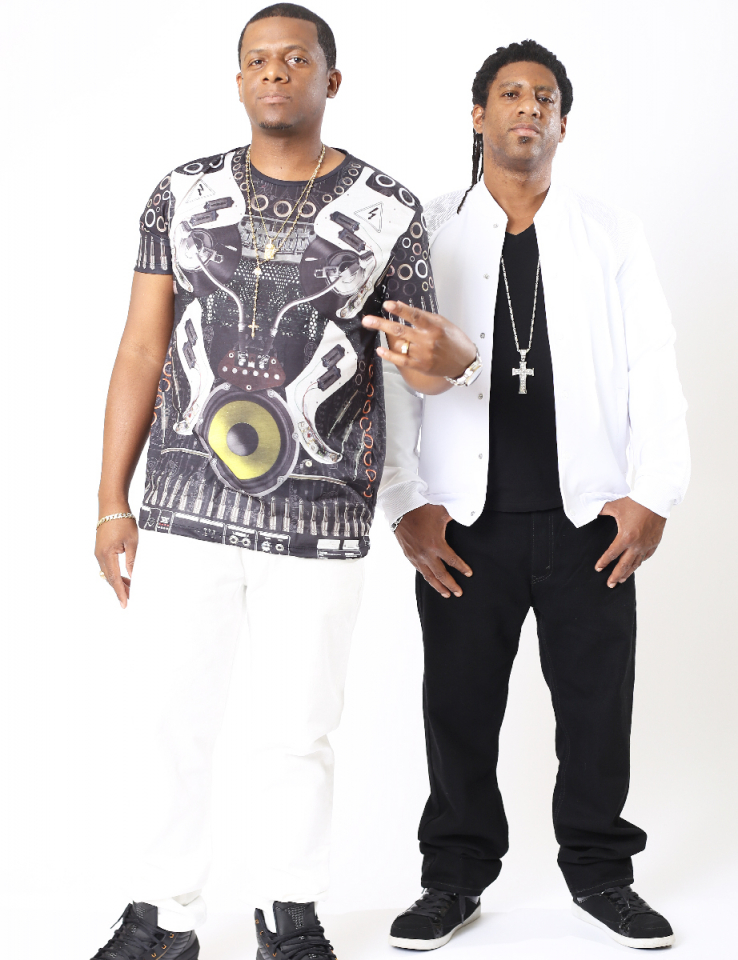 DJ Nasty and Lenny Mollings are brothers by blood, and by music. Together, they are The Nasty Beatmakers whom you’ve seen on countless artists’ albums such as Lil Wayne, Ludacris, Rick Ross, DJ Khaled, and more. Most recently, the super-producers co-produced Wild Thoughts with DJ Khaled which went No. 1 on The Billboard charts.

How did you guys first get your start in music production? Who were some of those people that you took heed from?

Lenny Mollings: In terms of my background, I’m a classically trained musician. My two main instruments consist of the drums and the guitar. For me, I listen to every of music you can imagine. I like to keep my mind open with regards to all types of music.

Jonny “DJ Nasty” Mollings: With me being a DJ, I adapted to the formula of wanting to produce music and DJ at the same time. Guys like Pete Rock, Marley Marl, and Mantronix were the people that I listened to and wanted to be like. Things, like picking the right drum sounds and cutting up samples, were things that I learned at 15 years old. Like my brother said, he’s a classically trained musician, and my oldest brother Freddie is a guitar player and a keyboardist. I’m the only one in my family that ended up becoming a DJ.

Being armed with an expansive knowledge of music prior to entering the business, how did it feel when you guys started to get placements in the industry?

LM: It’s the icing on the cake when you get a record placed. And like anyone else, you want to get in the business to reach a certain level, but I love doing music period. If I never got a placement, I’d still be doing music, so receiving a placement is a bonus.

As a duo, you guys have produced for Lil Wayne, Ludacris, Rick Ross, Chris Brown, and so many others. While one could be cocky and boastful, you guys tend to be very humble with your accomplishments. Is this because the music is solely the focus?

DJ Nasty: Yeah. Music is always the focus. I’m a little more out there because I’m a DJ. I’ve been DJing on the radio for years and traveling with Khaled, but my brother and I always remain humble to our craft, which is music. We love doing this, regardless of everything else.

The friendship and music relationship that you guys have with DJ Khaled extends over 20 years. People tend to be surprised by the overt optimism he displays on social media at times. What are your thoughts on this?

DJ Nasty: Right now, we’re in a state where we need positivity. That’s why DJ Khaled is doing so well. There’s a lot of people who love positive energy. Take Ellen DeGeneres, for example. You only see positive people on Ellen’s show. Certain people on there for a reason, hence the reason why Khaled’s been on her show recently. A lot of DJs aspire to be in Khaled’s shoes for sure.

Let’s talk about one of you guys’ biggest hits, “All I Do Is Win.”

LM: With the production of the record alone, I got excited. I knew the record was going to be special, but for it to be a massive hit to this day, we didn’t see it coming at all. That was a blessing for sure.

DJ Nasty: Khaled’s probably the only person that believes all the records he makes will be big hits. Anything he works on, he’s always excited and he feels like the record is going to stick.

You guys are of Cuban descent. With a song such as “Wild Thoughts,” it seems like this was an exciting record to make.  Lenny, you re-created the guitar-riff from Carlos Santana’s 2001 hit, “Maria Maria,” so dissect the process behind creating “Wild Thoughts.”

LM: This record was another Khaled creation. He called us and said that he wanted to redo the record, so it was a no-brainer. We wanted to change the music up, but he insisted that we keep it the same as the original because he wanted the Latin vibe. Being that we are Spanish, we put the record together quick.

DJ Nasty: Khaled wanted to redo “Wild Thoughts” for a long time, but he was just waiting for the right time to put it together. The same thing goes for Do You Mind. He came up with the idea for that record as well. A lot of people said that it wasn’t a clever idea to redo Michael Sterling’s “Lovers and Friends,” but he proved the naysayers wrong. Once Khaled believes in something, you can’t tell him anything else.

Could we potentially see a remix featuring Chris Brown? The record is perfectly tailored for him.

DJ Nasty: Yeah, I don’t think Khaled is doing remixes to any of his records. For the past two albums, he hasn’t really done remixes. He did that back in the day with “All I Do Is Win,” “Welcome To My Hood,” etc., but he hasn’t done a remix since “Hold You Down.” He puts so much time into making the original, and then when it blows up, you don’t even need a remix. Back in the day, you made remixes to bring more life to the original, but when you’ve done records such as “Wild Thoughts” and “I’m The One,” you can’t do anything else to make these records any bigger than what they are. That’s the power of a hit record.