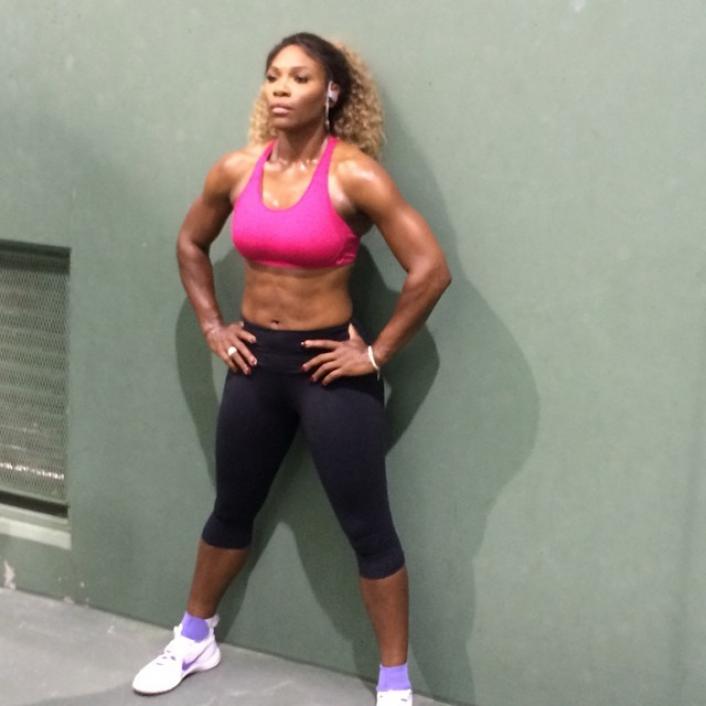 Maria Sharapova has proven that she can’t beat Serena Williams, so she’s choosing to bash her. In seemingly every interview, all she does is discuss different matters regarding Williams and make excuses as to why she has failed in so many Grand Slam tennis tournaments against Williams.

The latest verbal garbage gushing out of Sharapova’s mouth comes from her new memoir, “Unstoppable: My Life So Far,” which is a misnomer because she keeps getting stopped in tourney titles against Serena. Oh, and there is the matter of Sharapova getting suspended for about a year after getting caught using steroids.

But I digress. Sharapova makes her feelings known about Serena and says that, “even now, she can make me feel like a little girl.” It’s the description of Williams that Sharapova details in the book that has everyone talking.

“First of all her physical presence is much stronger and bigger than you realize watching TV. She has thick arms and thick legs and is so intimidating and strong. It’s the whole thing — her presence, her confidence, her personality.”

Interesting words from Sharapova since she is 6-foot-2 while Serena is 5-foot-9. Naturally, this got everybody talking and bringing up the fact that there are much more muscular White women in tennis who would never be called intimidating by a fellow Caucasian.

Check out that Twitter had to say about Sharapova’s penchant for hating on Serena.

I’m here at my desk trying not to string together curses on this girl in front of my co-workers. https://t.co/NJLKfciIzI

So Sharapova said this about Serena in her book. And I hate her more than I ever did. pic.twitter.com/RCrq5qrkU8

Ridiculous. So she’s been obsessed with Serena for years!

She couldn’t even dope her way to second place so she built her career off the poor, pretty white girl vs the big, black monster narrative.

Unlike Sharapova, I have no problem acknowledging my obsession with Serena.

Reminds me of how Tamir Rice & Mike Brown were described after being shot. I really hate Sharapova’s description

And not wanting too many Wimbledon titles. pic.twitter.com/CBVX6HGnAY