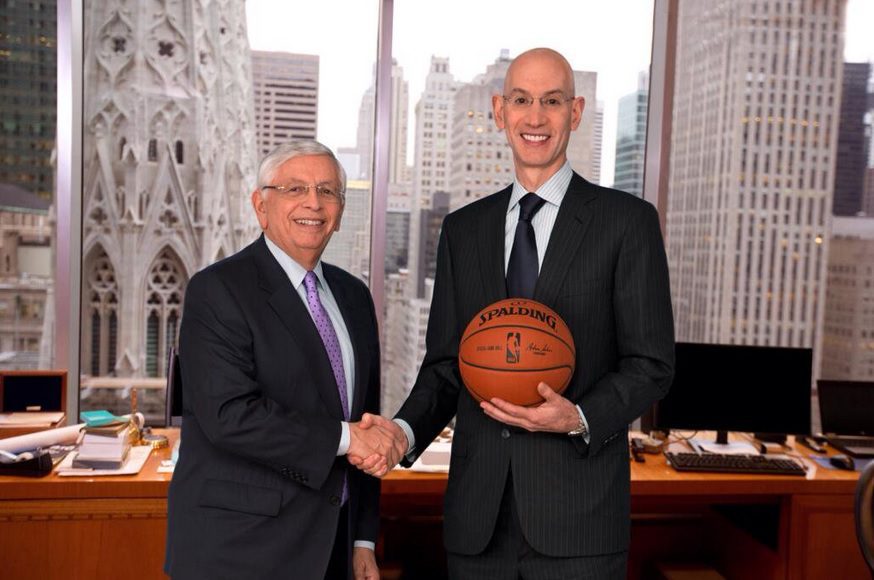 With the preseason starting this weekend, NBA Commissioner Adam Silver plans to continue enforcing the traditional NBA rules for the national anthem. The league has a specific line in its official rule book about the pre-game song.

“Players, coaches, and trainers are to stand in a dignified posture along the sidelines or the foul line during the playing of the National Anthem,” the rule states.

The rule also prohibits players from putting their hands in their pockets, chewing gum, bouncing or holding a basketball, stretching, jumping or bouncing up and down, running in place, talking or gesturing, and adjusting uniform or equipment during the anthem. Last year, former Golden State Warriors forward Matt Barnes said that league officers warned him about chewing gum and going to the bathroom during the national anthem.

“We have a rule that requires our players to stand for the anthem,” Silver said at a press conference yesterday. “It’s been our rule as long as I’ve been involved with the league. My expectation is that our players will continue to stand for the anthem. Again, to me, it’s even a unique issue in this league, because 25 percent of our players are not American. But it’s always been an opportunity in our arenas for both teams to come together and have a moment of reflection.”

Former Denver Nuggets guard Mahmoud Abdul-Rauf decided to sit or remain in the locker room during the anthem during the 1995-96 season and there was no public outrage until someone noticed. Once it came to the league’s attention, Abdul-Rauf was suspended for one game and he reached a compromise with then-commissioner David Stern that he, a Muslim, would stand with his eyes closed and head bowed in prayer during the anthem instead.

The first preseason game tomorrow night includes Wilson Chandler and Steph Curry, two players among many others in the Golden State Warriors-Denver Nuggets matchup that have spoken out about social issues in the past.