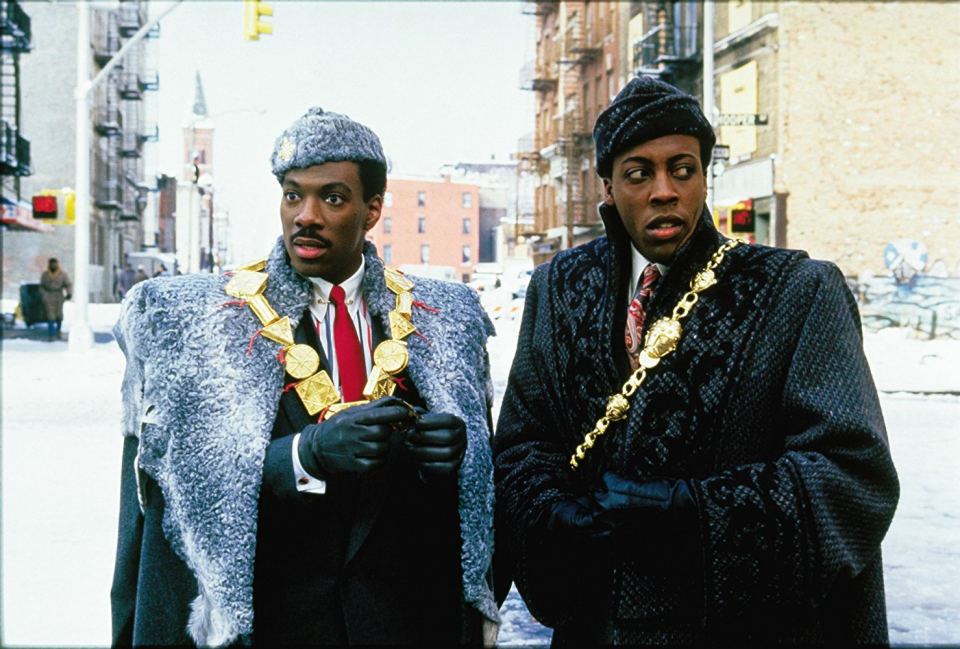 After nearly three decades, Coming to America is getting the sequel treatment.

According to Variety, Paramount Pictures is moving forward with a follow-up to the 1988 Eddie Murphy comedy with Jonathan Levine on board to direct from a script by “Black-ish” creator Kenya Barris.

Levine, whose film credits include Snatched, The Night Before, 50/50, and Warm Bodies, will direct while Barris takes on a full rewrite from a screenplay by original writers Barry Blaustein and David Sheffield. Kevin Misher is also slated to produce.

Although there’s no deal in place yet, Murphy is reportedly involved with development. As previously reported, the actor-comedian gushed about a possible sequel in 2013, during an appearance on the since-canceled “The Arsenio Hall Show.”

“When Coming to America came out [there were] a bunch of lawsuits,” Murphy revealed, discussing the milestone anniversary with Hall, who played Akeem’s sidekick Semmi.

“There was some dude who was claiming he was the prince. I’d be out in the club and this African dude would roll up and say, ‘I am the real prince! You stole my life from me! And I want my money! I’ll kill you!’ ” continued Murphy.

Meanwhile, humorist Art Buchwald sued the studio on grounds that they ripped off the idea from his 1982 script treatment and won the breach of contract part of the suit. However, the parties settled the suit before an appeal made it to trial.

The original movie, directed by John Landis, followed Murphy, a charming and extremely pampered African prince, who traveled to Queens, New York, to escape an arranged marriage. There, he goes undercover to find a wife he can respect for both her intelligence and will. Arsenio Hall, James Earl Jones, Shari Headley and John Amos co-starred in the classic comedy, which grossed nearly $300 million at the worldwide box office.