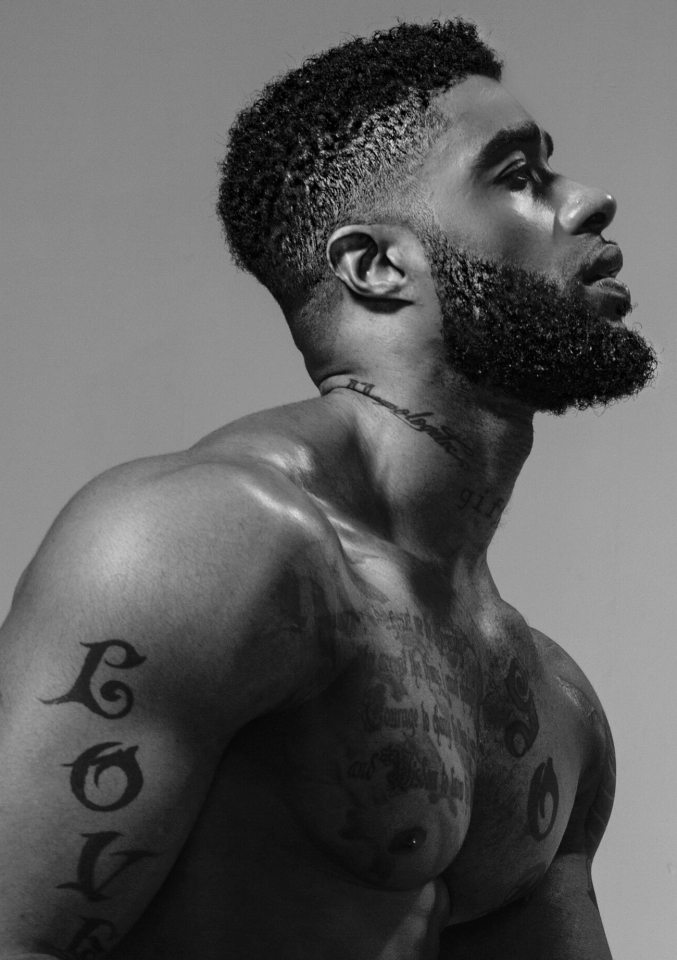 Having lent his dancing talents to some of the biggest icons of this generation such as Beyoncé, Mariah Carey and Rihanna, to starring in multiple movies and a traveling tribute show for the legend Michael Jackson, to breaking out as a solo music artist after years of paying his dues, Alvester Martin is on his way to becoming a household name himself. Although Martin’s dancing abilities and handsome features contributed to his entry into the entertainment world, his faith, work ethic, and passion created a foundation that was meticulously laid brick by brick until he was able to reach the dream he’d envision since a toddler: To be a rock star.

Rolling out connected with Martin for a candid interview about his journey to becoming the newest artist slated to steal our hearts with his melodies, charm, and raw realness on his upcoming release, Love Me or Leave Me. From the highest of the highs to the lowest of lows, Martin shared his truth of living a dream that wasn’t always his to fund the dream he was destined for.

When did you realize it was time to retire your dancing shoes for music?

I left dance the first time in 2011 and thought that was it. But after squandering my savings away recording music and becoming homeless, I went back to dancing when Beyoncé called me to do the Super Bowl. From then on I knew I had to be smart. I was touring with Tamar Braxton when I realized I was unhappy on stage.There I was in a place where someone would love but I was there for a paycheck, not passion, I knew I had to stop, so I only took two more dance jobs. I received another call from Beyoncé to be her partner for the VMA’s and that same week I was cast in Michael Jackson’s “A Place with No Name” video as the lead guy.

How long have you been working on Love Me or Leave Me?

The album has been finished since November of 2016. I recorded it in two weeks, only sleeping about eight hours total.

Tell us more about your album.

Love Me or Leave Me chronicles the last 4-5 years of my life. It stems from that one relationship that changes you as a man or woman and makes you really look at yourself and start asking questions. This was my first time being able to speak openly about my thoughts. On the album, you’ll hear me talking about relationships and calling myself out on my flaws. I’m a man that owns his shit.

What direction did you take when creating Love Me or Leave Me? Will it still be released in December?

I didn’t marry myself to a genre and wanted to make music I would listen to. I just went in and made music that told a story. Being that I lost my grandfather in the middle of recording that album made it really special. I even have his voice on the album. It’s a great first project for me. I actually went to my management the other day and said I want to release it for free 99 as an album-mixtape. I want to call it an album-mixtape because I don’t want people to get misconstrued that it’s a mixtape with a bunch of gratuitous songs on there that I did over the years. It’s a body of work that was intended to be an album but labels want to change and streamline you. I didn’t want to do that on this one. I want to let the people speak for my “debut project,” so I bumped the release up to Oct.18.

How would you describe your musical style?

I’d call it eclectic R&B. I grew up on R&B and that will always be the first thing that’s near and true to my heart. I grew a love for classical, country, and honestly even rock music through ballet. My musical style is really eclectic but I’m still cognizant of a formula and of the listener and consumers, so I won’t be too out of the box.

Aside from being known from your dance career, you’ve also been at the top of everyone’s eye candy list. Has the eye candy title ever made you feel boxed in?

I told my team I didn’t want to do anymore eye candy fluff pieces, but my publicist challenged me and made me realize I was really getting in my own way. Now that I’ve grown, I’ll say it doesn’t make me feel boxed in because it’s a part of me and gifted by God.  All I have to do is not rely on it and that’s something I’m very cognizant of. I have something of substance to say and want to inspire people.

Where do you ultimately want your career to go?

I’d be lying if I said I didn’t want to have a No. 1 [song]; shout-out to Cardi B for the culture with “Bodak Yellow.” I definitely want the accolades and want to be a platinum-selling artist. Right now I really want my career to continue to grow and to enjoy it. I live my life by the quote Debbie Allen told me, “The closest thing to God is being creative.” If creation comes from God, I’m just a vessel. It’s not about me, it’s about what I put out there. With all the accolades that I pray to achieve, I want to make sure they are making a way for positivity in the industry.

Be on the look out for Love Me or Leave Me dropping on all streaming services Oct. 18..