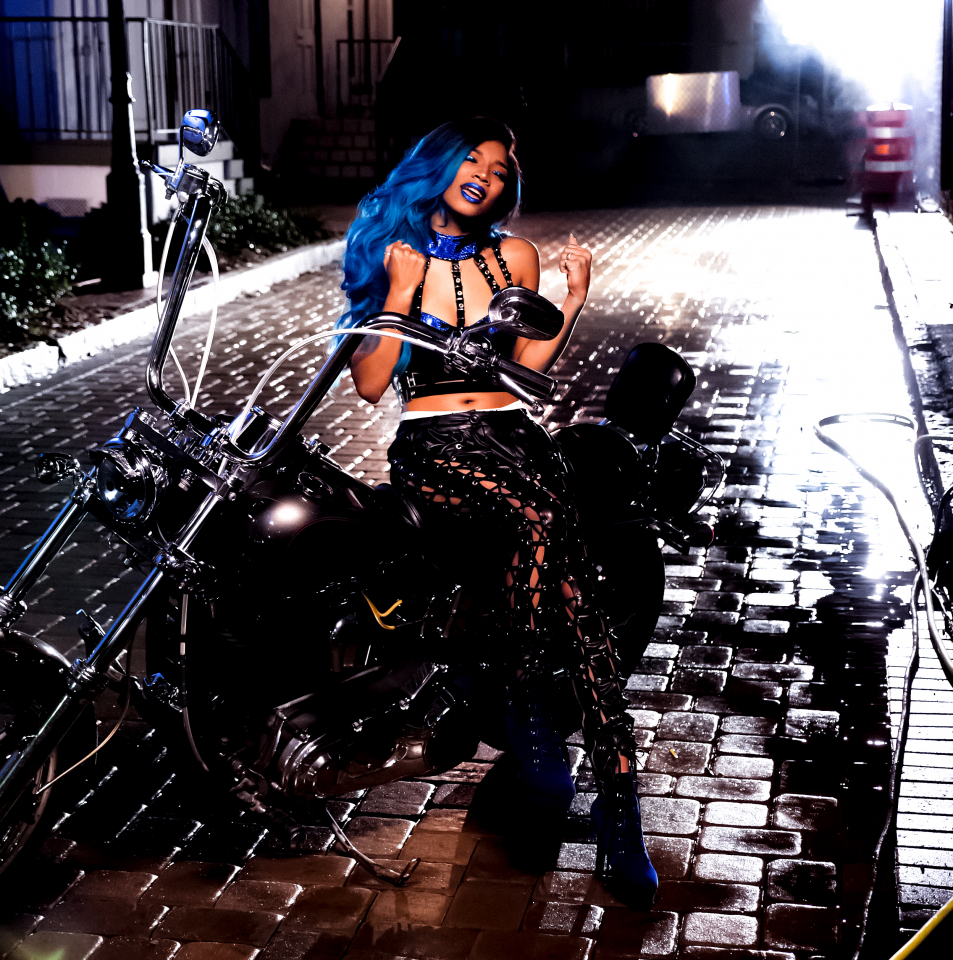 Atlanta-based singer Micah Blu is next in line. Her voice is melodic, soft and strong. Many of her songs focus on love and loyalty. We had the pleasure of hearing her premiere one of her songs at rolling out‘s inaugural RIDE Conference and the audience loved it. We spoke with Blu about her inspirations, working with Atlanta legend Bone Crusher and why she chose this path to success.

Talk about who you are as an artist.

In general, I’m pretty chill. Most people think that means I’m shy but I’m not shy.  I’m just focused and I pay attention to what’s around me. I’ll probably write about it later. On stage -I’m a completely different person.  I’ve also been called a millennial rebel because I want to write and sing the things that I feel even if they cross genres. Yes, I’m young but I really understand and respect my gift. I want my [artistic] expression to be honest and have no boundaries.

What would you say made you ultimately decide to choose this career path?

Honestly, I don’t feel like I choose this path, I feel more like it chose me. For me, music just comes out however and wherever it wants too. I legit have random urges to sing or write songs and I have to drop what I’m doing to let it out.

Your songs on SoundCloud are centered around love, why is that so?

I write about a lot of things but I guess I write about love and loyalty mostly because those things are important to me. The funny thing about the songs (maybe and forced) on SoundCloud is one night I was just in my room bored so I wrote both of these songs in like two hours for fun. I recorded my lead and background vocals on my mac next to my bed and just uploaded.  I was way surprised to see so many people reposting and listening. I wasn’t expecting that but I’m happy people liked it.

Who would you say influenced you as an artist?
It’s hard to say because [there are] many people and a bunch of songs but if I had to name a few it would be Nina Simone, Celine Dion, Frank Sinatra, Amy Winehouse, Leona Lewis, Janet Jackson and Beyoncé. I think I have pieces of all these people.

You have been working closely with ATL legend Bone Crusher, what kind of wisdom has he given you regarding this industry?

He’s teaching me a lot. He always says to be on and every time I leave the house remember I’m going to war. You know, he’s just reinforcing to stay focused and ready. He wants me to win and I’m really excited. Plus being in a space where the people around me have so much knowledge and experience is a blessing.

What will the name of your first official release be?

“Do or Die.” It’s a love story about forbidden young love like Romeo and Juliette.

What artist would you love to collaborate with and why?

Justin Bieber because I love his voice and music. It would also be dope to collab with Kendrick Lamar.

What words of encouragement do you have for young girls following their dreams?

Don’t get discouraged because it’s not easy. It takes a lot of hard work and even more patience. You have to always be working so you can be ready at all times. Also, I would say don’t let anyone tell you who you should be. Turn your dragons into dust …