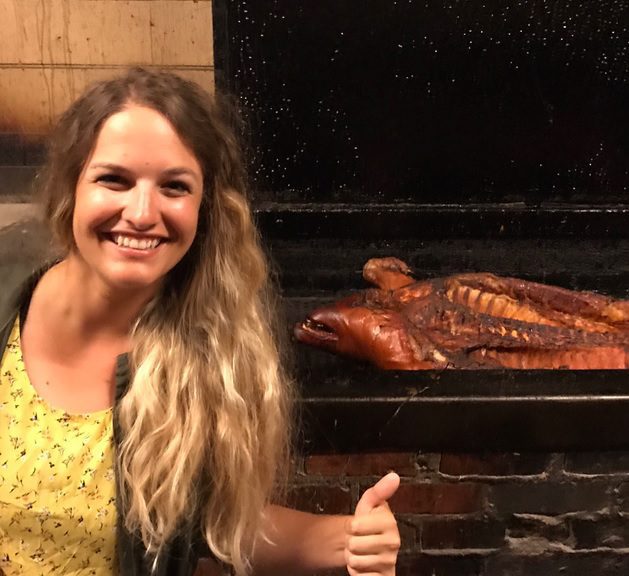 After Jourdan Rodrique asked Carolina Panthers quarterback Cam Newton a question about one of his receivers running routes and Newton responded with a laugh, the female beat reporter for the team found herself in the middle of headlines on Thursday. After the incident, Rodrique initially tweeted to defend her stance:

I don't think it's "funny" to be a female and talk about routes. I think it's my job.

The viral post brought attention to her Twitter page, and thanks to the “advanced search” option on the website, she too was exposed for making insensitive remarks. The 2014 Arizona State graduate had offensive tweets re-posted by other users from 2012 and 2013. Her dad made racists jokes while riding through Native American land:

So @JourdanRodrigue can't take a joke from @CameronNewton but seems to think her dad's racist jokes are funny #whoops #irony pic.twitter.com/Kt0hrF6ouV

Rodrigue’s old post shows a level of hypocrisy. She was offended by Newton making a joke about her asking about routes, but she tweeted that she enjoyed listening to her father making racist jokes about Native Americans.

This doesn’t mean that Newton’s comments were any less offensive. Rodrique’s a professional at one of the most respected newspapers in the country and she should be treated as such.

However, Rodrique is no better than Newton. These tweets didn’t come from her developing days of middle school or high school; these tweets were posted a couple of years before she graduated college. So since she was an aware young adult at the time, she deserves all of the criticism she’s receiving, as well. Both parties apologized for their previous comments on Thursday. See the apologies on the next page.