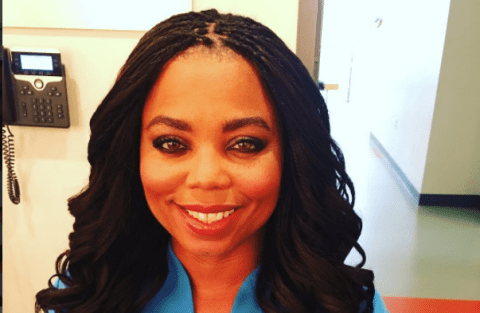 ESPN host Jemele Hill doesn’t mince words. First, she calls President Donald Trump a “white supremacist” on her Twitter account. That comment prompted White House press secretary Sarah Huckabee Sanders to say during a briefing that her comments about Trump were “a fireable offense by ESPN.”

Hill apologized in September saying, “My comments on Twitter expressed my personal beliefs. My regret is that my comments and the public way I made them painted ESPN in an unfair light. My respect for the company and my colleagues remains unconditional.”

Two weeks later and Hill lands back on the chopping block. She tweeted on Sunday, October 8 about Dallas Cowboys owner Jerry Jones who said that any player who “disrespects the flag” will not play. Hill wrote, “Jerry Jones also has created a problem for his players, specifically the black ones. If they don’t kneel, some will see them as sellouts.”

And, she wrote: “No. Jerry has turned this into them choosing football over the community they represent and that isn’t right.”

She later posted a tweet, “If you strongly reject what Jerry Jones said, the key is his advertisers. Don’t place the burden squarely on the players.”

“Just so we’re clear: I’m not advocating a NFL boycott,” Hill tweeted. “But an unfair burden has been put on players in Dallas & Miami w/ anthem directives.”

ESPN posted a statement on one of their Twitter accounts announcing Hill’s two week suspension, due to “a second violation of our social media guidelines.”

ESPN said in the statement. “In the aftermath, all employees were reminded of how individual tweets may reflect negatively on ESPN and that such actions would have consequences. Hence this decision.” 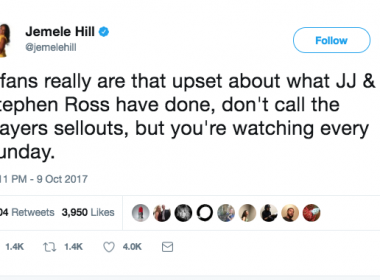 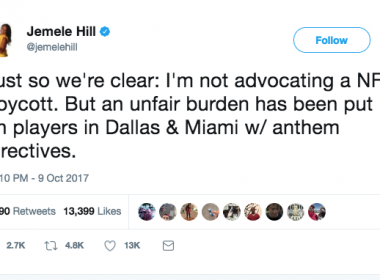 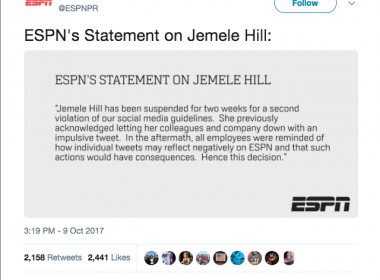 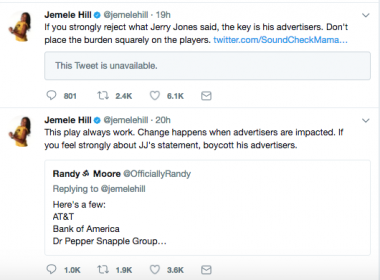 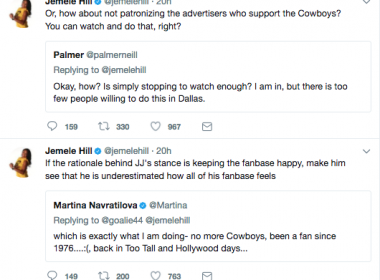 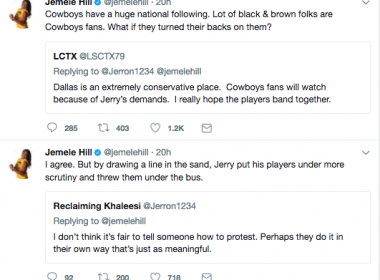 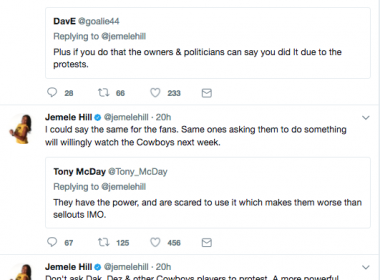 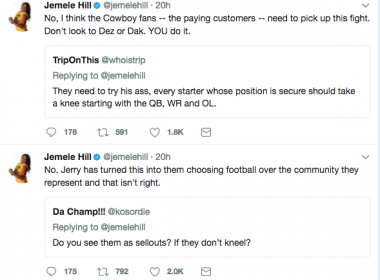