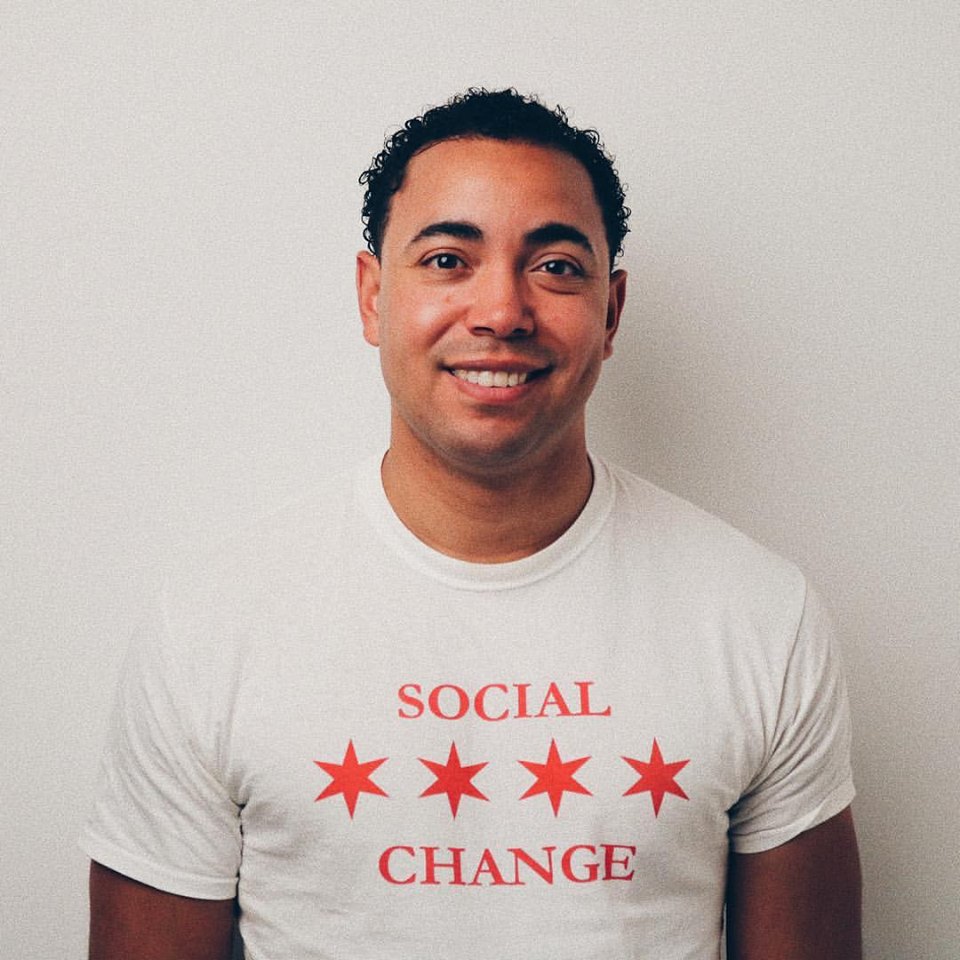 Meet the executive director of Social Change, Todd Belcore. Read on for details about the Social Change organization and its upcoming film festival.
What is Social Change?

Social Change is a national nonprofit that empowers individuals and transforms lives, organizations and systems via film, community capacity building, technical assistance, advocacy and legal representation.
What inspired you to create this organization?

To create a vehicle to help people see, hear and feel the injustices that women, men and children endure across the world. Then, to provide a space for robust discussions regarding the issues with leaders in the field and opportunities to get involved in the movements to do something about them.
What is your background in?

I’m a lawyer, lobbyist, mediator and law school lecturer and all of my work has been committed to racial justice and economic equity. This is an extension of that because it is a mechanism to educate, inspire and compel new soldiers for change to join the fight for liberty and justice worldwide.
How has your organization impacted the community?
Over the past year and a half, Social Change proposed over 30 system reforms (passing 7 bills) in multiple states-with legislation signed into law ranging from Comprehensive Bail Reform and a bill ensuring people are properly informed of the consequences of pleading guilty before doing so in IL to a good government Whistleblower Bill in Missouri to decrease improper government action. Social Change was also the recipient of over 40 media mentions, radio or television appearances. Social Change has also provided direct assistance or training to over 50 individuals and organizations on how to exercise their rights in the courts or work effectively to get better outcomes systemically. Finally, Social Change has sponsored several direct service programs with partners to provide food, clothing, legal assistance and more to communities and organizations.
What projects do you have coming up?
While funders and the philanthropy community said our proposals were too ambitious; the Social Change team and I disagreed. So we created an incredible, three-city #ChangeFest that will bring fun, fashion, film and change to Chicago’s Harold Washington Cultural Center Oct. 13-15,  Los Angeles’ West Los Angeles College on Oct. 21 and New York’s DCTV on Oct. 28.
Why are you interested in film?

Film is a unifying tool that reminds people of our common humanity. I’m interested in it because there are so many powers and entities that have a vested interest in divide and dehumanizing us and there needs to be a truth-telling counterweight to that influence. My prayer is that film, and more specifically, #ChangeFest, adds to that counter-weight.
Tell us more about the upcoming film festivals.
This one-of-a-kind, three-city festival will feature:
Twenty-nine eye-opening and inspiring films, 16 of which are world premieres, one of which is from first-time filmmaker Monica Raymund, who stars as Gabriela Dawson in NBC’s drama “Chicago Fire.”
The film Fear from Chicago filmmaker Chan Smith regarding violence [in the city].
This year’s festival also boasts red carpets, receptions and an opportunity to interview, engage or simply have fun with established leaders, filmmakers and actors from Hollywood and beyond. The films will highlight issues relating to the criminal justice system, hunger, water access, women’s rights, health, fatherhood, addiction, protest, racial injustice, gangs, conflict in the Middle East, labor, foster care, human trafficking and more. People won’t want to miss this.
How can others become a part of Social Change?
The Social Change team would love for folks to join the movement to empower and transform lives and communities nationwide by volunteering their time or talent helping to spread the word regarding Social Change’s work, volunteering to staff our festivals or even helping us fundraise so that we have more of the lifeblood we need to thrive.
Those interested can sign up online at www.ChicagoSocialChange.org or e-mail our director of community relations and marketing, Nia Anderson at [email protected]
What are your future goals for Social Change?

Our goals are to have a #ChangeFest in multiple countries and Social Change agents in every state. Meaning, have a meaningful relationship with organizations on the ground in each that serve to amplify the voices of the underserved so we can all work together to make an even greater impact in the lives too often left behind or forgotten by decision makers.
How can people reach the organization?
We love to hear from people! We invite people to reach out to us via FB, Twitter or IG @chisocialchange or via our website chicagosocialchange.org. We know our success is only limited by the breadth of our coalitions, so we need everyone’s voice and presence for us to truly bring the unity, liberty and justice that this world needs and deserves.