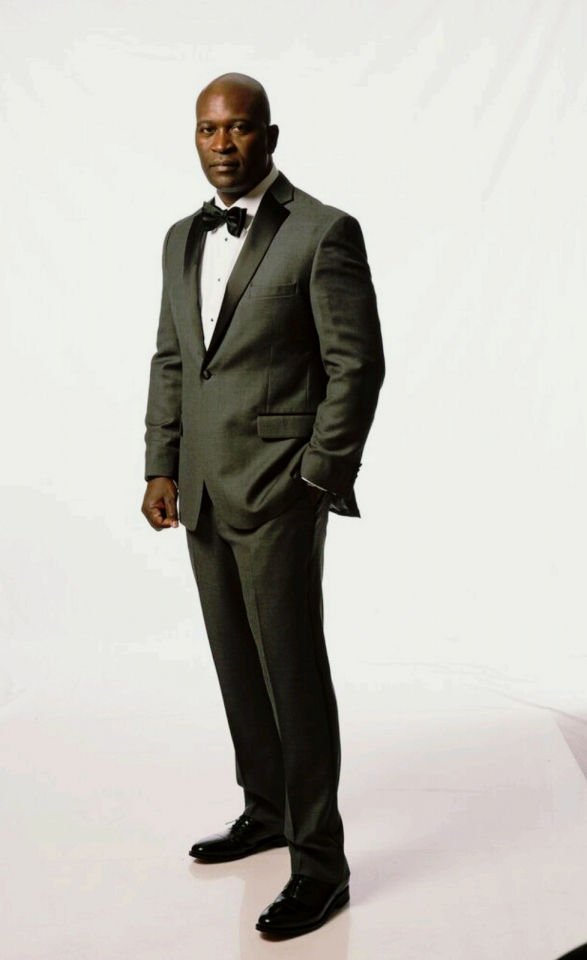 An award-winning playwright with a background in theater, Demetrius Paschel is also a television writer and executive story editor with an interest in producing for network television. His passions are writing and producing feature stories, creative services, and documentaries.

How did you get started writing professionally?
My professional start in writing began with the federal government as a writer and editor over a decade ago. My tasks included writing and editing for executives and providing commentary and editing for landmark cases, research projects, SES, and more. Prior to that appointment, I was a ghostwriter and worked with high profile clients to shape their stories, books, speeches, proposals, etc.

Tell us about your education.
I initially majored in English and journalism but decided to change my direction. I earned a bachelor’s in business administration and Master of Science in business management from Faulkner University in Montgomery, Alabama. This led to an eventual research fellowship at the University of Alabama at Birmingham’s Injury Control Research Center with a concentration in violence, hopelessness, and program evaluation.

After all of this time, what inspired you to become an entrepreneur?
Having studied the structure and function of business development as a student, I understood the dynamics of entrepreneurship. After working behind the scenes assisting clients with their startups, and having a fertile desire for independence, I decided to take the next step.

What has been the biggest challenge thus far in being an entrepreneur?
With most worthwhile things, there is a transitional process. Location and access to strategic resources [are] very important. Because my focus is in the film and television world, networking with the right people and acquiring the right opportunities can be challenging. It’s imperative that aspiring entrepreneurs do their due diligence prior to making decisions and never confuse activity with performance. Breaking into the entertainment industry is not an easy task, however, it is possible.

Tell us about some of your writing opportunities.
I am currently working on three projects, one I cannot discuss at the moment.

I am the creator and writer of a television series. It is an action-drama with a unique literary appeal called “The Playwright.” It features central character Drake Carrington, a government contractor for a classified firm. He is a highly skilled, trained assassin and human intel expert who masks his cover as a college professor of literature and playwright while raising his bright young daughter, Chloe, as a widower. He becomes immersed in the crosshairs of both worlds, leading to a cauldron of action, drama, literature and suspense as he gives literary lectures with finesse, crafts stories as a playwright, and maintains his oath to serve and protect the world from a nefarious slate of villains with abominable appetites for evil.

The series is in development and has led to a three-picture distribution deal. Therefore, I have the option to develop two additional projects that have worldwide distribution in place. I am working on the development infrastructure and things are coming together. I am enjoying the journey, the highs lead to accomplishments, the lows lead to opportunity.

I am also in talks with a producer and master actors of Broadway shows at the world premiere of my play Shoe Shop in 2018. It has been a labor of love and I’m very excited about the opportunity to showcase it to the world. Shoe Shop is a period piece, taking place in the 60’s and features central character Willie Moton, the 65-year-old owner of a shoe shop in the Deep South. Like many social centers, the shoe shop is the staple of the community. Willie’s business is in peril due to the municipal politics of the Deep South. With these escalating challenges, he also faces his own battles with diabetes, a life-threatening illness. Against the backdrop of gentrification, economic suppression and mounting health issues, Willie and the community unite to save the shoe shop, and ultimately, something far greater.

What advice would you give someone who desired to become an entrepreneur?
I believe it is imperative to do as much research and networking as possible. Having a mentor or someone who is actively working or has worked in the desired field is of extreme importance. Study your craft, educate yourself, work hard, know when to get out of your own way. It is a process that requires discipline, dedication, and a thick skin. Entrepreneurship is a verb; not a noun.

In your opinion, tell us what television shows and movies are well written.
There are a number of well-written works. I do feel, however, that well-written movies and films are indebted to the interpretation and performance of the actors and directors. Great works, in my opinion, are due to a holistic infusion of cast and crew. Some of my favorites, in no specific order, are The Shawshank Redemption, “Scandal,” Fences, and Finding Nemo to name a few. Yes, I did say Finding Nemo. There are many others.

Where would you like to see your business in the next five years?
In the next five years, I’d like to see my company as a consistent and respected vehicle for creating and developing content for programming as well as a conduit for worldwide distribution. Furthermore, I would like to be a vessel to nurture those aspiring artists interested in film and television and show how purpose-driven art and entertainment can lead to personal and professional development of people and communities while having an impact on economic growth.