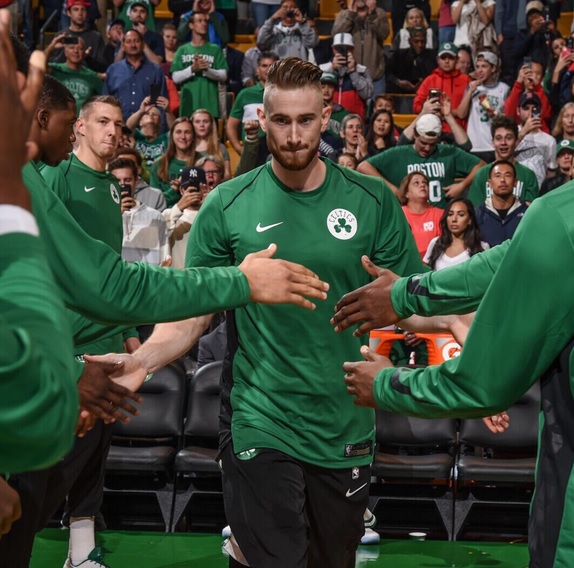 Five minutes into the first game of the season, Boston Celtics star guard Gordon Hayward fell to the floor with one of the worst-looking injuries in recent basketball history. Kyrie Irving threw Hayward an alley-oop that Hayward quite couldn’t get to and he landed awkwardly on the ground. Hayward sat up looking at his leg in shock with his foot going in a different direction than the rest of his leg. Players and fans of both teams were clearly saddened by the injury.

Hayward was expected to be a piece of the new Boston trio of all-stars alongside Al Horford and Irving. Although the team is only returning one consistent starter from last season in Horford, the reigning No. 1 Eastern Conference seed is returning key players such as Marcus Smart and Jaylen Brown. Now, the team looks for increased roles already from Brown and 2017 No. 3 overall pick Jayson Tatum.

“At the end of the day, there’s still a game to be played,” Irving said. “As s—-y as that sounds, but there’s still a game to be played. We understand that we’re professionals. So when one of our brothers go down, we just pick the rest of our brothers up and understand that we send our well wishes to him and his family and we’ll see him on the plane and he’ll do what’s needed for him to honestly start the process of getting back healthy.”

God bless you bro @gordonhayward ! 🙏🏾 help him thru this god!

Hate to see @gordonhayward go down like that. I know he will be back stronger and wish him the best recovery possible.

A host of other players joined in.

@gordonhayward want you to know you are a #Celtic & you are not alone, we #bleedgreentogether