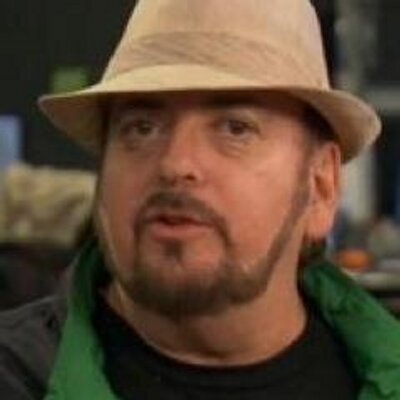 In a true-life Hollywood horror story that is even more grotesque, sicker, nastier and more bizarre than the one that destroyed movie mogul Harvey Weinstein, director James Toback has been accused by 38 women of serial sexual harassment, the Los Angeles Times reports

Toback is the director of movies such as Two Girls and a Guy. He was Oscar-nominated for writing Warren Beatty’s Bugsy and most recently wrote and directed The Private Life of a Modern Woman, starring Sienna Miller and Alec Baldwin.

According to the LA Times, which described Tobak as a true hunter and predator of women, Toback lured women to auditions and meetings by offering professional opportunities.

The director’s reputation for perversity and sexual harassment was so well-known among some Hollywood women that one of his accusers says getting “Toback-ed” became shorthand for any sexual abuse “by a creepy writer-director.”

Toback denied the allegations or even meeting with any of the the women for more than five minutes.

The publication said Toback usually began his opening lines to women like this: “My name’s James Toback. I’m a movie director. Have you ever seen Black and White or Two Girls and a Guy?”

“If you didn’t believe him,” said the Times, “he would pull out a business card or an article that had been written about him to prove he had some juice in Hollywood. That he could make you a star. But first, he’d need to get to know you. Intimately. Trust him, he’d say. It’s all part of his process.”

According to the Times, 31 of the 38 interviewed spoke on the record. “As is often the case, none of them contacted the police at the time,” says the article. “When contacted by The Times, Toback denied the allegations, saying that he had never met any of these women or, if he did, it ‘was for five minutes and have no recollection.’ He also repeatedly claimed that for the last 22 years, it had been ‘biologically impossible’ for him to engage in the behavior described by the women in this story, saying he had diabetes and a heart condition that required medication. Toback declined to offer further details.”

Actress Adrienne LaValley is among the women quoted in the provocative piece. “The way he presented it,” she said, “it was like, ‘This is how things are done.’ ” She recalled a 2008 hotel room encounter “that ended with Toback trying to rub his crotch against her leg. When she recoiled, he stood up and ejaculated in his pants. ‘I felt like a prostitute, an utter disappointment to myself, my parents, my friends. And I deserved not to tell anyone.’”

Among the women on record with The Times: Louise Post, guitarist and singer for rock band Veruca Salt; Starr Rinaldi, an aspiring actress approached by Toback 15 years ago in Central Park; and New York drama teacher, actor and playwright Karen Sklaire.

Says Sklaire, “It’s a common thread among many women I know … after someone mentions they were sexually abused by a creepy writer-director, the response is, ‘Oh, no. You got Toback-ed.’”

Earlier this month, writer Sari Kamin wrote a lengthy blog post beginning, “I am one of the countless women that filmmaker James Toback has harassed.”