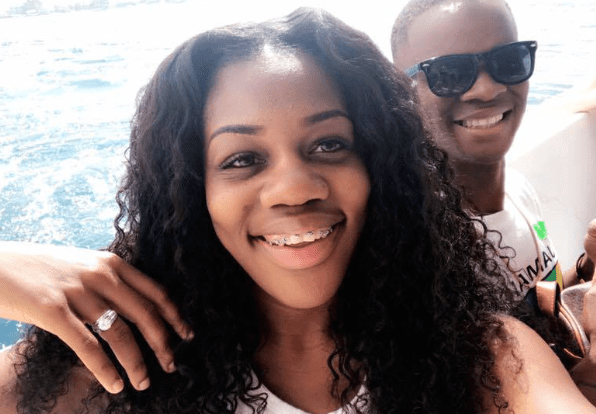 Myeshia Johnson needed comfort following the loss of her husband, Sgt. La David Johnson. Nearly two weeks after Sgt, Johnson was killed with three other soldiers in an ambush in Niger, Donald Trump called Johnson. But instead of making things better, Trump’s lack of respect for Sgt. Johnson and his family made things worse.

Myeshia Johnson appeared on “Good Morning America” where she spoke about her ordeal with Trump. According to Johnson, Trump told her, “He knew what he signed up for, but it hurts anyways.” Johnson said, “It made me cry because I was very angry at the tone of his voice.”

Johnson also said Trump struggled to remember his name, saying Trump was, “stumbling on my husband’s name, that’s what hurt me the most. He’s out there fighting for our country, why can’t you remember his name?… He was an awesome soldier.”

Johnson said that Rep. Wilson’s account of the phone call was 100 percent accurate.

Following Johnson’s interview, Trump attacked the Gold Star wife and basically called her a liar. Trump tweeted, “I had a very respectful conversation with the widow of Sgt. La David Johnson, and spoke his name from beginning, without hesitation!”

Trump’s complete disrespect of Myeshia Johnson and her family is another example of the president’s incompetence. He doesn’t have the temperament, knowledge, or skill to be in the position. The man who blamed NFL players for disrespecting our troops for kneeling has displayed a total disregard for the troops in his own right.

Unfortunately, there are millions of idiots in America who believed that an idiot is capable of running this nation.