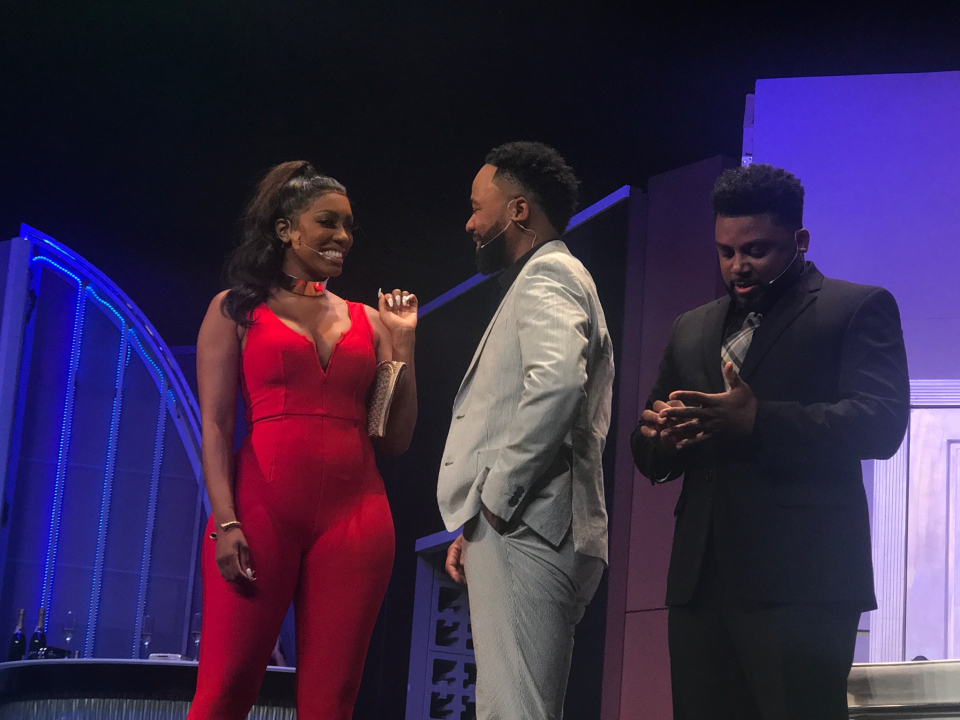 Conny (Porsha Williams) and Keith (Columbus Short) cake it up while Tony (Carl Payne) gives his expertise. Photo courtesy of It Is Done Communications

This past Sweetest Day weekend in Detroit was full of gifts, love, and drama as audiences came out to see the Two Can Play That Game stageplay. Held at the historic Music Hall, the Je’Caryous Johnson production is based on the eponymous film, which is a classic in the Black community. As with his past productions, Johnson’s latest masterpiece features a dynamic ensemble. Vivica A. Fox has reprised her role as relationship guru Shanté Smith and Columbus Short plays her man Keith Fenton. They are joined by Porsha Williams, Gary Dourdan, Carl Payne, RonReaco Lee, Brely Evans and Vivian Green.

True to the film’s original plot, Shanté is a master at managing her man. Her relationship with Keith is envied, until he is enticed by his colleague, and Shanté’s nemesis, Conny (Porsha Williams). Williams, who has extended her Real Housewives of Atlanta fame well beyond 15 minutes, delivers an impressive performance. It’s hard to tell that she is relatively a newbie to performing in stageplays.

Short, who recently starred in True To The Game, flexes his charm while keeping his character’s man card intact. As the handsome and successful Keith, he tries to stay humble, but he soon flips the script to match Shanté’s manipulative moves. His silly, yet supportive homeboys, Tony (Payne) and Dwain (Lee), complement him with their hilarious mansplaining.

Still a stunner, Fox gives the beauty and poise she’s known to embody. But when necessary, her grimey side appears. Flanked by her girls, Diedre (Evans) and Karen (Green), she holds court like a queen. Her ability to woo the audience and her co-stars, proves why she has a loyal following. A unique talent in her own right, Evans steals many of the scenes with her vibrant and raunchy display. You will literally laugh out loud while co-signing her shenanigans.

On the opposite end of the spectrum is the naive, yet determined Karen (Green). Green, who is even newer to the stage than Williams, enchants with her robust and sultry vocals. Her signature ballads, “Emotional Rollercoaster” and “Gotta Go Gotta Leave,” are the perfect soundscape for her issues with Dwain.

When Bill (Dourdan) dips into the picture, his commanding presence and smooth arrogance challenge Keith to up his game. Coupled with their friends’ interference, Shanté and Keith’s relationship soon resembles war, more than love.

Keeping the formula of unfiltered dialogue and grown folk’s humor will have fans of the film feeling this adaption. It creates its own lane with some unexpected twists, and musical interludes by Towanda Braxton. Two Can Play That Game is scheduled to hit several cities including Los Angeles, Atlanta, Orlando and DC.

Photo Gallery courtesy of It Is Done Communications, except where noted otherwise 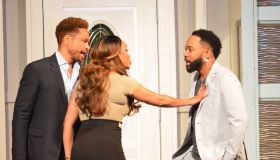 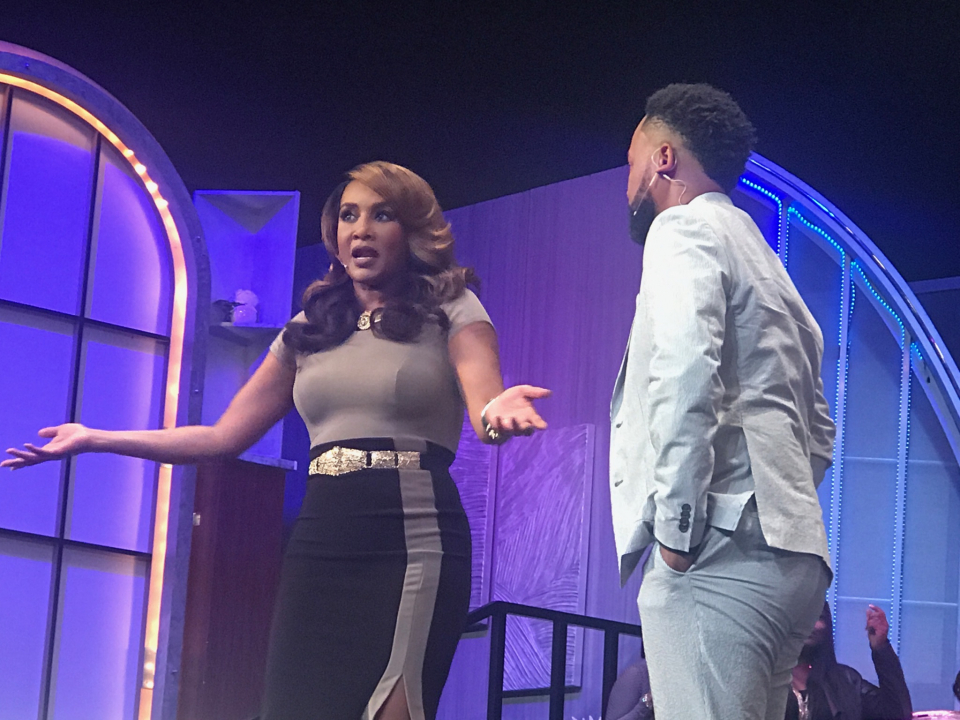 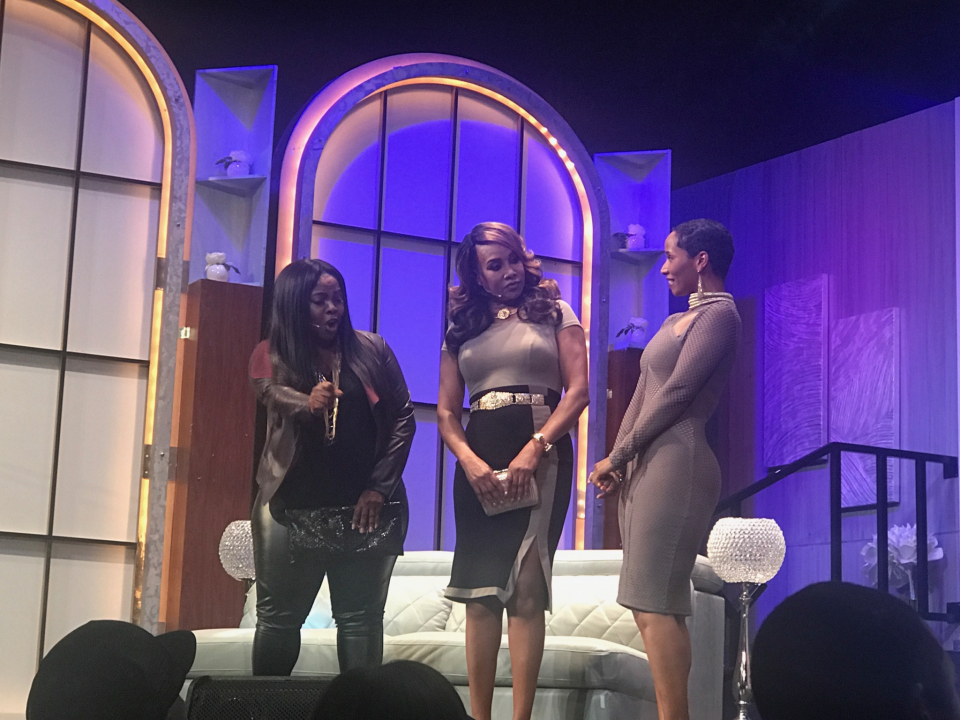 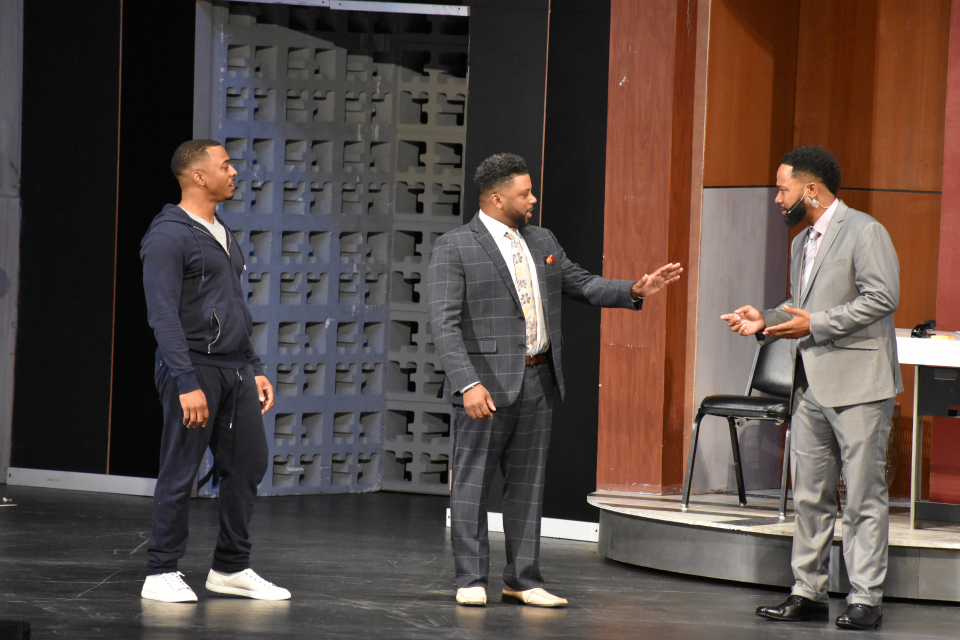 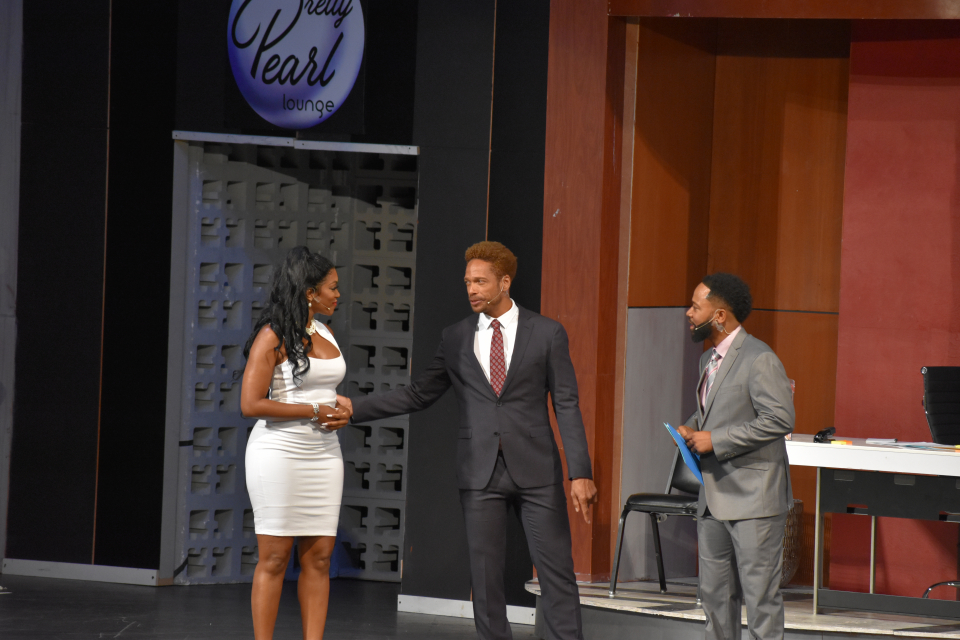