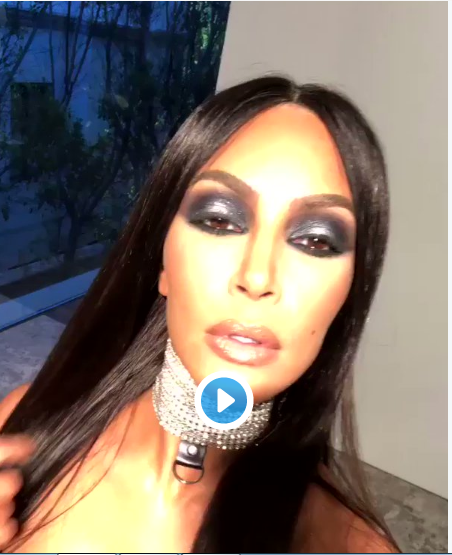 Aaliyah is one of the most beloved musical artists of the modern era. Since her untimely death in 2001, the beloved Aaliyah has been up there with Tupac and Biggie in terms of how much the Black community defends and protects her legacy and honor.

Because of this, the Black community does not tolerate the wrong person paying tribute on Halloween to an all-time great — and it’s really no surprise that people who love Aaliyah and people who hate Kim Kardashian are one in the same.

Kardashian has paid tribute to musical icons for Halloween by dressing up as Cher, Madonna and Aaliyah. The belief is that Kardashian sullies and contaminates whatever she puts her hands on or salutes, so folks don’t want the reality queen to touch one of the community’s most treasured gems.

As such, Twitter tore into Kim K for her failed attempt to honor Aaliyah. Check it out:

My Halloween theme this year is ICONS! Musical legends!!! Paying homage to some of my faves!

Kim Kardashian you do not have the right to dress up as Aaliyah so dust yourself off & try again pic.twitter.com/oivzyezyqg

I KNOW black twitter is getting ready to grind Kim K to moon dust for this Aaliyah costume. I’m here for the jokes. pic.twitter.com/qllnHuGwFH

Kim K annoys me but I must admit that hoe nailed her Cher and Aaliyah looks pic.twitter.com/1GaNjObv5N

Kim Kardashian looking like she dressed up as Cher dressing up as Aaliyah for Halloween. pic.twitter.com/15rpLP14IG