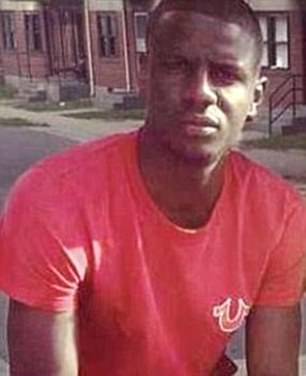 Freddie Gray, 25, died while in the hands of the Baltimore Police Department. While he was being transported in a police van, Gray fell into a coma and was taken to a trauma center and treated for injuries to his spinal cord. He died on April 19, 2015.

Students from five of Baltmore’s top private schools decided they wanted to depict Freddie Gray for Halloween. They had the audacity to post the outrageous images on social media. One of the white students dressed in an orange jumpsuit that he labeled “Freddie Gray.” His social media caption reads “ur going to jail tonight.”

In another photo, two white students also dressed in orange overalls with the caption “n*****s broke out.”

Three Baltimore-area private schools released statements acknowledging and denouncing the behavior. The Boys’ Latin School of Maryland headmaster Christopher J. Post wrote a letter to parents explaining that he was “deeply troubled that an individual would choose to act in this way’ and ‘so sorry for any hurt or pain that these actions have caused.

“Boys’ Latin denounces the insensitivity and intolerance depicted by these images.In no way, shape or form will Boys’ Latin support or tolerate actions or behaviors that demean or belittle another person, a group of individuals, or the suffering that one may endure.”

Two other teens in the photos are juniors at the Gilman School and Roland Park Country School.

St. Paul’s School officials released this statement: “St. Paul’s School does not tolerate any form of hate or discrimination. The School is investigating an incident that occurred off campus and outside of school hours, and will take the necessary and appropriate steps. Privacy policies do not permit us to provide any further information. We remain committed to fostering an inclusive community whose members respect themselves and one another.”

The photos in this feature were taken at different schools and combined to create one social media post. The students are underage so their identify is being withheld.

See the disturbing images in the gallery below. 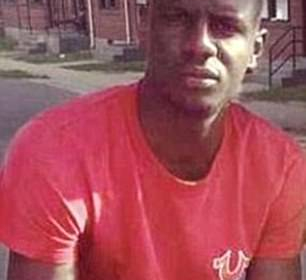 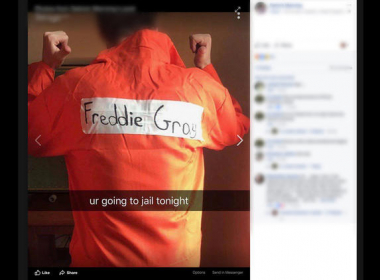 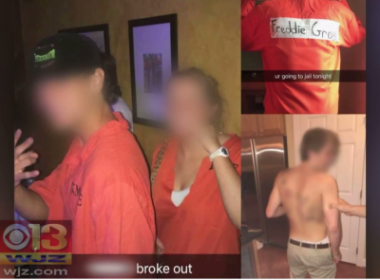 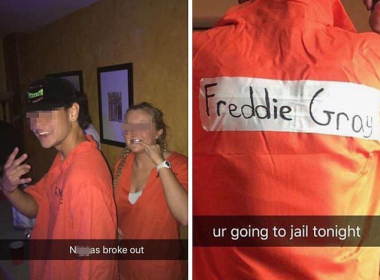 (LEFT) boy and girl in the photo on the left are juniors at Roland Park Country School and Gilman School. (Twitter); (RIGHT) A former Boys’ Latin School student (Instagram) 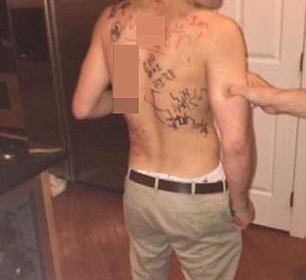 Student at St. Paul’s School with a swastika and racial epithets written on his back (Twtiter(