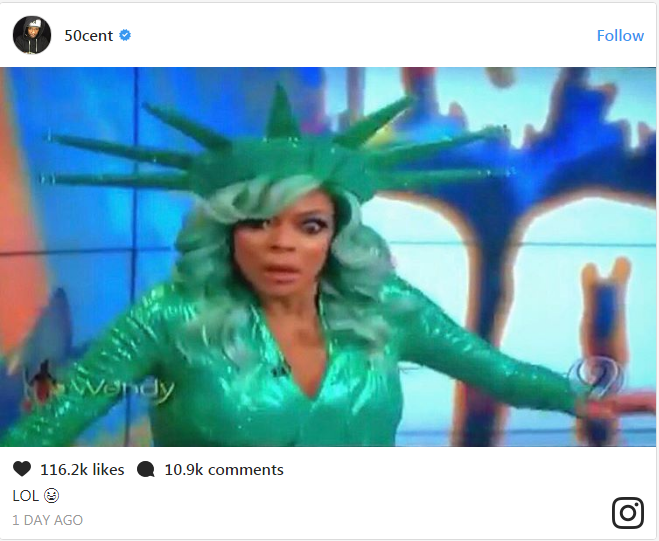 A lot of people were worried the other day when Wendy Williams fainted on live TV and her staff was very concerned about her emotional and physical well-being.

A source connected to the show said Williams’ staffers are very concerned about the talk show host following that recent report that her husband, Kevin Hunter, has allegedly been carrying on a longtime affair with 32-year-old massage therapist Sharina Hudson in New Jersey — and was splitting time between his sidepiece and Williams.

The insider told Page Six, “Wendy has become very thin recently, and the show staff wonders if she is under a lot of personal stress.”

The one person who was not concerned, however, was rapper 50 Cent. In fact, he got pure enjoyment out of mocking her condition — most likely because of shade she has thrown his way in the past.

When that cheating rumor came to light in September, Williams got a good laugh with her audience:

“I love the attention . . . You can believe what you want. I stand by my guy. We commuted together this morning. The paparazzi were outside catching me in the cutest negligee.”

Her rep Ronn Torossian said at the time, “One plus one does not equal three.” 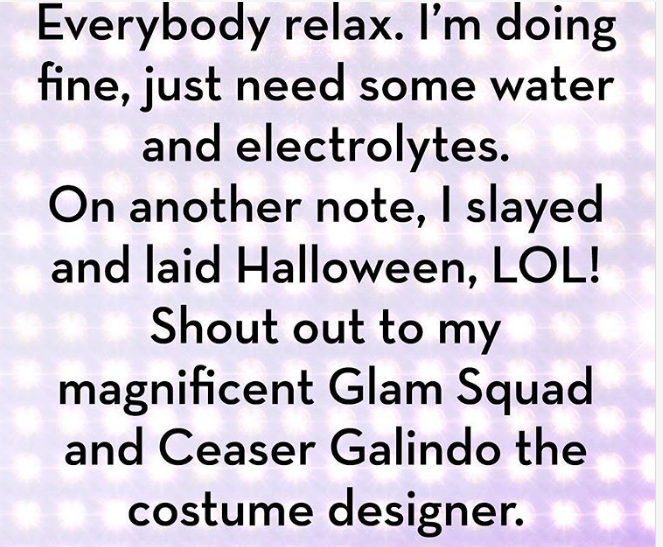 As for her medical scare, Torossian insists Williams was suffering from “dehydration.”

He said in a statement, “Ms. Williams fainted on-air this morning. She is dehydrated and is on her way home for a good day and night of sleep. She has been examined by medical professionals and is well. She is OK, and will continue shows as planned. She will address this on-air tomorrow.”

He added, “She has never missed a day of work.”

Williams has also addressed her fainting spell multiple times and confirmed she’ll be at work today. Check out what Fifty had to say about Williams’ condition: